Before Meghan Markle walks down the aisle for real, she’s getting married on ‘Suits!’ See the gorgeous photos from Mike and Rachel’s wedding and final episode now.

Meghan Markle, 36, and Prince Harry, 33, are getting married on May 19, but she’s got to walk down the aisle on Suits first. Her character, Rachel Zane, will be saying “I do” to Mike Ross, played by Patrick J. Adams, on the season 7 two-part finale of Suits. Meghan looks absolutely beautiful in a white wedding gown. She definitely looks like a princess in these photos, so we can only imagine what she’ll look like on her real-life big day! The wedding gown by Anne Barge features gorgeous embellished designs and a plunging neckline. A small black belt was added around the waist of the gown. The gown is actually the same dress from season 5. Rachel and Mike were supposed to get married then, but the nuptials were cancelled.

The finale, which airs April 25 on USA, will also be Meghan and Patrick’s final episode as their beloved characters. In the promo for the episode, Rachel and Mike share some sweet words. “I’ve wanted to marry you from the second I met you,” Mike says. Rachel tells him, “You are the husband I’ve always wanted.” Raise your hand if you’re crying! Meghan and Patrick’s characters have been on the show since Suits premiered in 2011. Fans have fallen for Mike and Rachel, so we’re glad the show is giving them a proper and emotional send-off. Suits has been renewed for an eighth season, with Grey’s Anatomy vet Katherine Heigl, 39, joining the show.

Just a little over three weeks after Mike and Rachel’s Suits wedding, Meghan will marry Prince Harry in the highly-anticipated royal wedding. The couple got engaged in Nov. 2017 and will get married at Windsor Castle on May 19. The wedding is expected to be the event of the year. Her role as Rachel on Suits will be her final acting role. She will now be focusing on her royal duties. 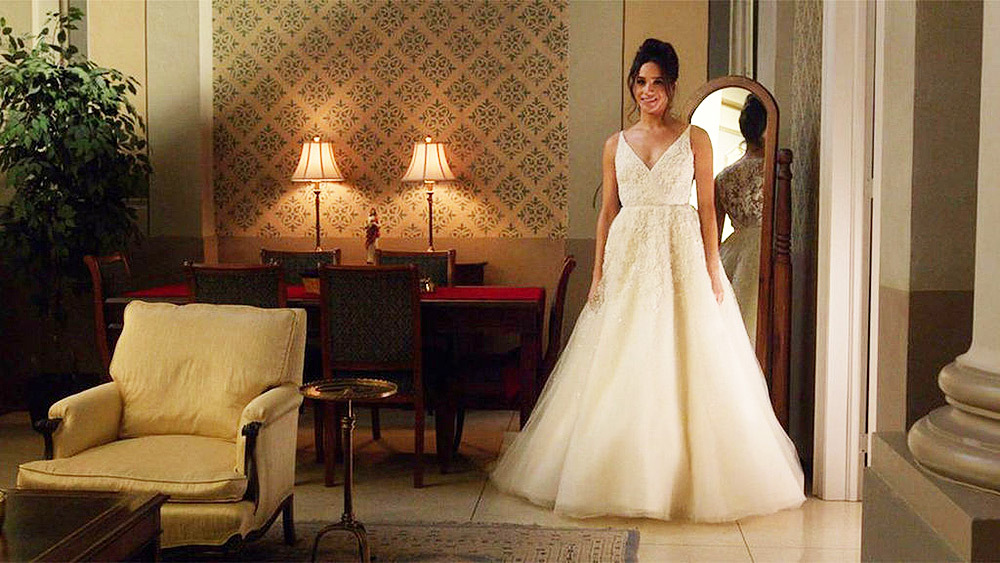