Rakul Preet Singh and Ajay Devgn will be sharing screen space for the first time in De De Pyaar De. The trailer of Akiv Ali’s directorial released on the actor’s 50th birthday and we were in for a laughter ride while watching the same. 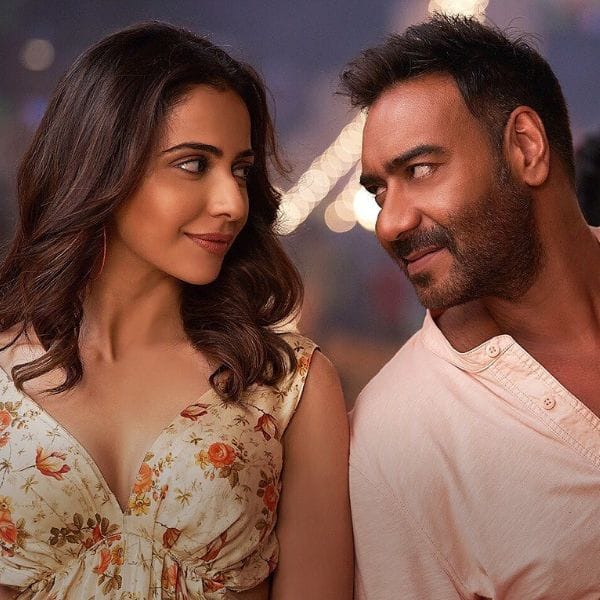 Rakul Preet Singh and Ajay Devgn will be sharing screen space for the first time in De De Pyaar De. The trailer of Akiv Ali’s directorial released on the actor’s 50th birthday and we were on a laughter ride while watching the same. The movie is about a 50-year-old man who falls in love with a 26-year-old. Things are all hunky dory until he returns to India to his family, which includes his ex-wife played by Tabu. Rakul’s character discovers that he is a father to two kids, who are as old as she is. The entire trailer left us chuckling and we couldn’t decide as to which dialogue was the best.

Ajay Devgn has worked with Tabu in a couple of films and their chemistry in DDPD trailer was refreshing as always. Interestingly, we were amazed to see Rakul-Ajay’s chemistry. Considering that De De Pyaar De is their first movie together, we are pretty impressed with it. Ahead of their movie’s release, BollywoodLife got an opportunity to meet the star cast of De De Pyaar De.

In an exclusive interaction with us, Ajay and Rakul minus Tabu opened up about the age difference between the couples which people love to discuss. Their point of view was quite similar to ours. Other than that, Rakul Preet shared her experience of working with Ajay, Tabu and Akiv Ali for the first time. The actress successfully managed to complete the lyrics of Ajay Devgn’s famous B-town songs.

Meanwhile, Ajay revealed how his family reacted to his romantic-comedy after the special screening which was held last week. While that is that, the De De Pyaar De duo even reacted to the memes made on the first poster of their film. Ajay even picked his favourite meme and to know the same, you got to watch the video below.

Earlier, in an interview with Mumbai Mirror, Rakul had said, “Ajay is sweet, grounded, warm and secure. He’s my senior but never once did he make me feel like a newcomer. Once I fumbled over a two-page dialogue but when I apologised, he told me, ‘Even I wouldn’t have remembered so much.”