It seems like the wedding season hasn’t really ended for Bollywood. After Virat Kohli and Anushka Sharma tied the knot in December last year, Sonam Kapoor will soon follow suit this month. The Mausam actress will tie the knot with beau Anand Ahuja in an intimate ceremony on May 8 in Mumbai. Though it was speculated that the actress will have a grand destination wedding, like Virushka, the rumours were later put to rest by the actress’ family. It seems like Sonam is head over heels in love with her man and they seem to be a perfect match. It’s a two-day event with Mehendi ceremony on 7th May followed by wedding and reception on 8th. We saw the wedding invite by Sonam’s family that’s as simple as the affair. The actress wanted to keep the ceremony an extremely private affair with only close family members and friends in attendance. Hence even the wedding card designed for the couple was as per their idea of having a simple ceremony. Well, looking at the invitation cards of other B-Town celebs, we would say this one is very simple, yet very elegant.

Prior to Sonam Kapoor, Bollywood celebs like Shahid Kapoor, Anushka Sharma and Hazel Keech had elaborate wedding cards that justified the term ‘big fat Indian wedding.’ From chocolates to sweets to heavy invites, their wedding cards had it all. And why not? After all, the occasion comes once in an entire lifetime and you better make the best of it. From Shahid Kapoor to Kareena Kapoor Khan to Arpita Khan Sharma, we take you back in time to revisit some of the grandest wedding invites in Bollywood. Wondering how much did they even spend on it? Well, let’s not go in that territory and enjoy the pictures instead… 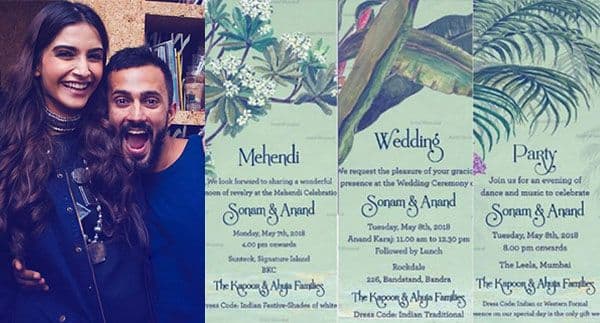 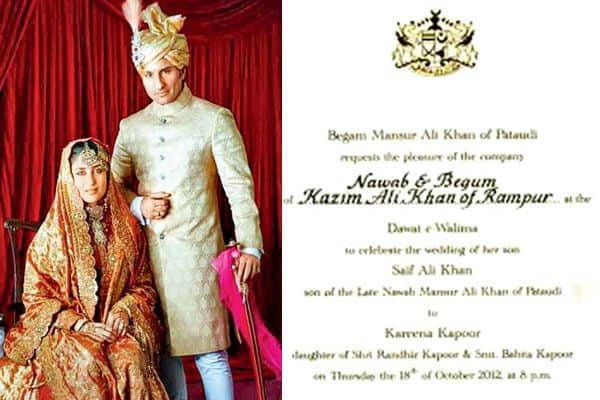 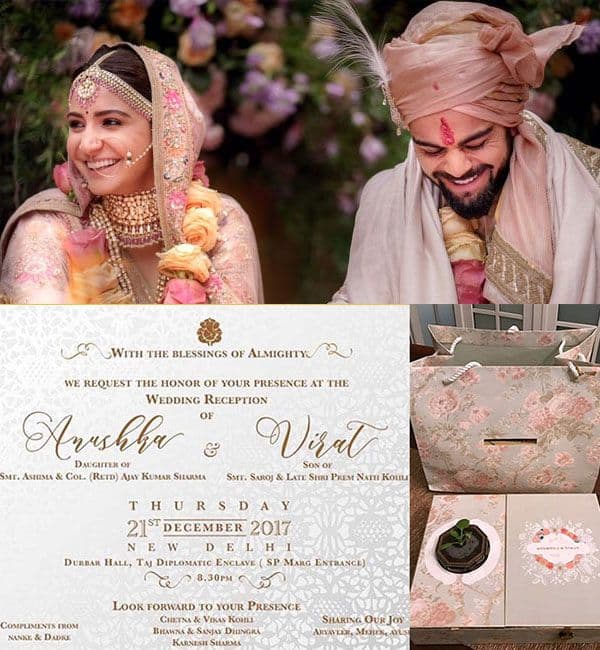 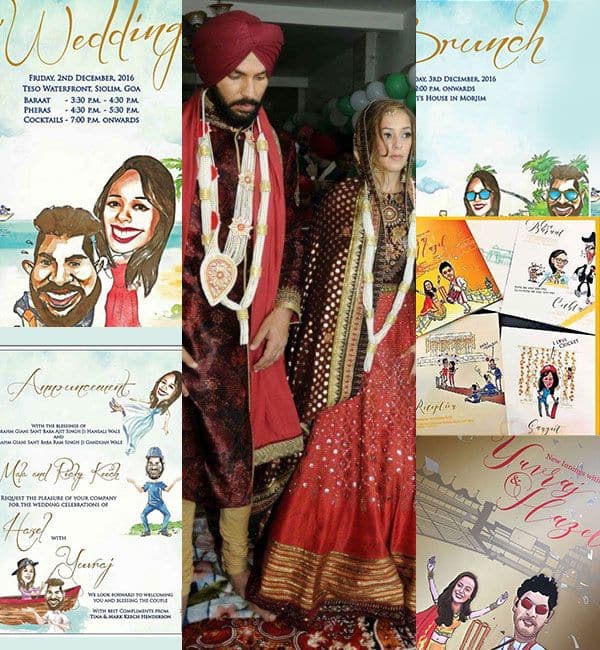 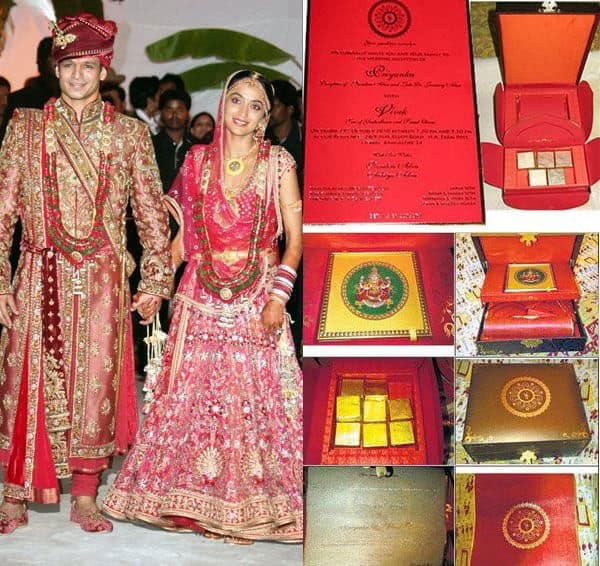 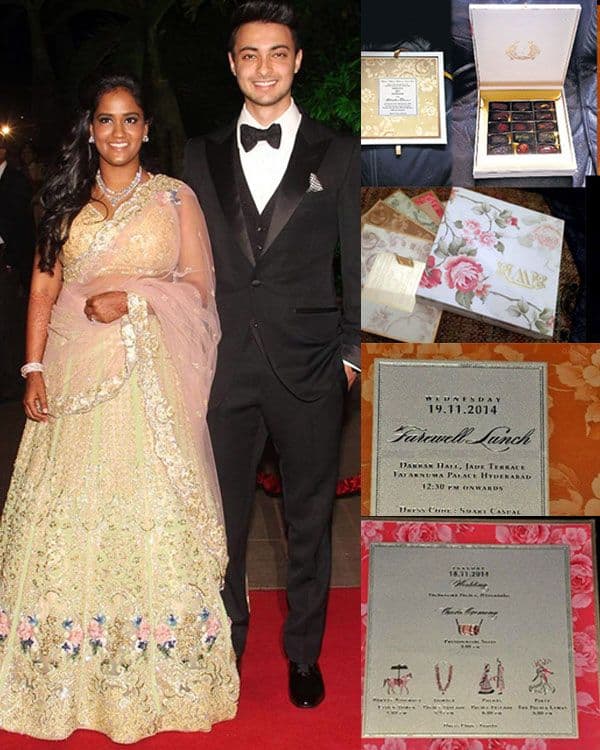 Rumours strongly suggest that post Sonam Kapoor and Anand Ahuja’s May wedding, Bollywood’s IT couple, Deepika Padukone and Ranveer Singh will tie the knot in November this year. Though the couple is yet to confirm the news, we bet their wedding will be a dreamy affair. Here’s hoping they make the official announcement soon and we get hold of yet another stunning wedding invite.