Sonam Kapoor posted a video on her Snapchat in which she jokingly asks actresses to stop stealing her staff.

Can you guess who she was talking about?
I has kind of become a habit for us all to check Sonam Kapoor’s snapchat stories during the day. What else could be the better source to get updates about your favourite star, than the star herself? Her Snapchat is glamour and entertainment galore. In her most recent story she is joyous about her favourite hairstylist Hiral joining her again.

Sonam captioned the video “Hiral is back”, and goes on to say “From Paris. Thank God!” She further jokingly asks actresses to taking away her hair and makeup personnels from her. She says “Actresses stop stealing my hair and makeup people.” Well, clearly the actress is very possessive about her people. The actress was also in Paris recently where she attended the Paris Fashion Week and looked oh-so-damn-stunning in a beautiful white gown.

From what we can gather Hiral recently was looking after Vaani Kapoor’s hair and makeup in Paris, who was shooting there for Befikre with Ranveer Singh. So, basically shots have been fired by the Neerja actress.

Well, Sonam said ‘actresses’. Plural. Can you figure out which other actress the Neerja star might be hinting at?

Following the this video was another video where she is sneakily trying capture her staff on a Snapchat. After the hair and makeup videos, we finally get to see what the end result looks like, and boy am I starstruck. The actress further posted a picture post getting ready, and she is looking gorgeous.

Sonam will be next seen in Veere Di Wedding which is an out and out chick flick. Also starring in the film will be Kareena Kapoor Khan. In a recent interview Sonam said that she really looks up to Kareena. 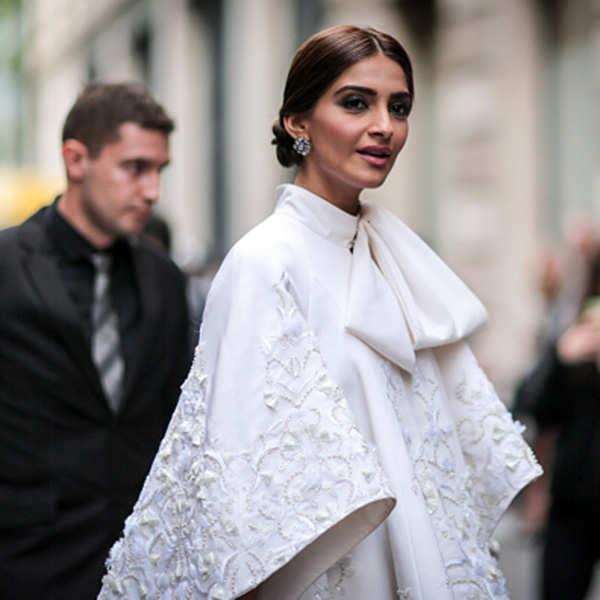