2.0 also stars Akshay Kumar in a key role and will mark his debut in Tamil cinema.

The most expensive film in South Indian cinema so far is Baahubali and post release, turned out to be the biggest film in terms of collection in Indian cinema. However, all those records set by Baahubali seem to be in the path of being broken because of another magnum opus in the making Rajinikanth s 2.0. Sequel to the 2010 release Enthiran, 2.0 is gearing up for release in November this year and makers are releasing the teaser of the film tomorrow, September 13th. And even before the release, 2.0 has already beaten Baahubali in terms of amount spent on VFX in the film and that amount will blow your mind away.

Director Shankar and his team had more than 100 studios across the globe working on the VFX in 2.0 and have spent a whopping Rs.540 crore on the graphics in the film. The VFX works in 2.0 are supervised by Raju Mahalingam who also worked on Baahubali as a VFX Supervisor. And if 2.0 is this big even before release, then Baahubali might be a thing of the past once the sci-fi genre film hits the screens worldwide. 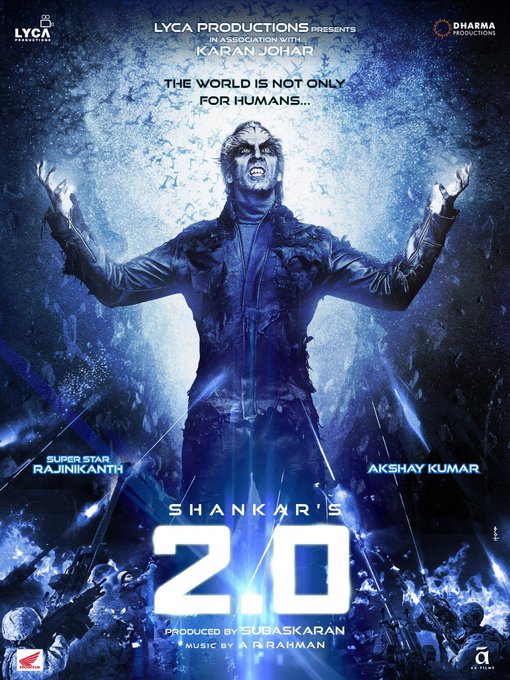 2.0 also stars Akshay Kumar in a key role and will mark his debut in Tamil cinema. Amy Jackson will be seen playing the leading lady and will be her second movie with director Shankar after having previously worked on I. A while ago, few pictures from the shooting spot of 2.0 had leaked in which Amy Jackson was seen in the look of a robot hinting she might be playing one such character.