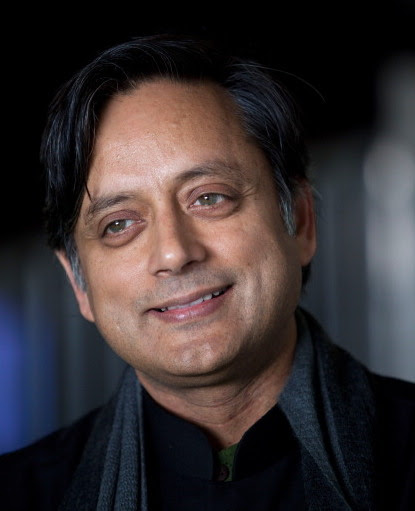 Tharoor, an award-winning author of 17 books of fiction and non-fiction, including Inglorious Empire (published in June 2018) and the newly published Why I Am A Hindu (not available for sale in North America until October 2018, but available at this event), is a second-term Member of Parliament representing Thiruvananthapuram and Chairman of the Parliamentary Standing Committee on External Affairs. He has served as Minister of State for Human Resource Development and External Affairs in the Government of India. 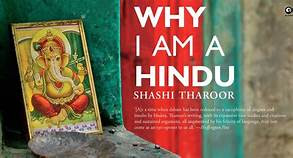 In a profound re-examination of Hinduism, one of the world’s oldest and greatest religious traditions, India’s leading public intellectual, Shashi Tharoor, lays out Hinduism’s origins and its key philosophical concepts, major texts and everyday Hindu beliefs and practices, from worship to pilgrimage to caste. Tharoor is unsparing in his criticism of extremism and unequivocal in his belief that what makes India a distinctive nation with a unique culture will be imperiled if Hindu “fundamentalists”— the proponents of “Hindutva,” or politicized Hinduism—seize the high ground. In his view, it is precisely because Hindus form the majority that India has survived as a plural, secular democracy. A book that will be read and debated now and in the future, Why I Am a Hindu, written in Tharoor’s captivating prose, is a revelatory and original contribution to our understanding of the role of religion in society and politics.

PRAISE FOR WHY I AM A HINDU (available for pre-sale at the event):
“Shashi Tharoor is the most charming and persuasive writer in India. His new book is a brave and characteristically articulate attempt to save a great and wonderfully elusive religion from the certainties of the fundamentalists and the politicization of the bigots.”—William Dalrymple

“[O]ne of India’s most articulate liberals and a leading voice of those who reject the aggressively fundamentalist strains of Hindu nationalism.” —Victor Mallett, Financial Times

“A profound book on one of the world’s oldest and greatest religions.”—Hindustan Times 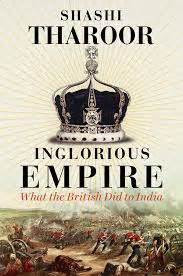 In the eighteenth century, India’s share of the world economy was as large as Europe’s. By 1947, after two centuries of British rule, it had decreased six-fold. Beyond conquest and deception, the Empire blew rebels from cannon, massacred unarmed protesters, entrenched institutionalized racism, and caused millions to die from starvation. British imperialism justified itself as enlightened despotism for the benefit of the governed, but Shashi Tharoor takes on and demolishes this position, demonstrating how every supposed imperial “gift”— from the railways to the rule of law—was designed in Britain’s interests alone. He goes on to show how Britain’s Industrial Revolution was founded on India’s deindustrialization, and the destruction of its textile industry. In this bold and incisive reassessment of colonialism, Tharoor exposes to devastating effect the inglorious reality of Britain’s stained Indian legacy.

PRAISE FOR INGLORIOUS EMPIRE (available for sale at the event):
“Rare indeed is it to come across history that is so readable and so persuasive.”—Amitav Ghosh

“Tharoor’s impassioned polemic slices straight to the heart of the darkness that drives all empires. Forceful, persuasive and blunt, he demolishes Raj nostalgia, laying bare the grim, and high, cost of the British Empire for its former subjects. An essential read.”— Nilanjana Roy, Financial Times

“His writing is a delight and he seldom misses his target … Tharoor should be applauded for tackling an impossibly contentious subject … he deserves to be read. Indians are not the only ones who need reminding that empire has a lot to answer for.”—Literary Review