There she goes- slaying the fashion game yet again!

A global icon, Priyanka Chopra has been making all heads turn as she twirls her way, doing a multitude of things and making us wonder if there is anything that she cannot do? Known for her out-of-the-box red carpet offerings, put together in tandem with her go-to stylist, Cristina Ehrlich, Priyanka rose to fame with ABC’s sitcom, Quantico playing the role of Alex Parrish that clinched her the People’s Choice Award for Best Actress in the drama series for two consecutive years. Slated to make that dreamy Hollywood debut opposite Dwayne The Rock Johnson and Zac Effron in Baywatch this summer, Priyanka Chopra has been upping the glamour quotient with her sartorial style game during the promotions of the action comedy in Miami.

Playing the baddie Victoria Leeds in Baywatch, Priyanka Chopra recently created quite a stir for her lady detective inspired Ralph Lauren trench coat gown with an unending trail. She garnered a big thumbs up from fashion pundits and also triggered a series of trolls, which, being the sport that she is, PeeCee shared on Instagram too. While she gears up for the release of her big Hollywood debut, Priyanka has imbibed New York’s high-end fashion with gusto and is seen in an equal mix of street style and couture. And for the promotions of Baywatch, PC has certainly left no stone unturned and here are six awesome looks sported by the actress in just one week that we cannot stop gushing about. 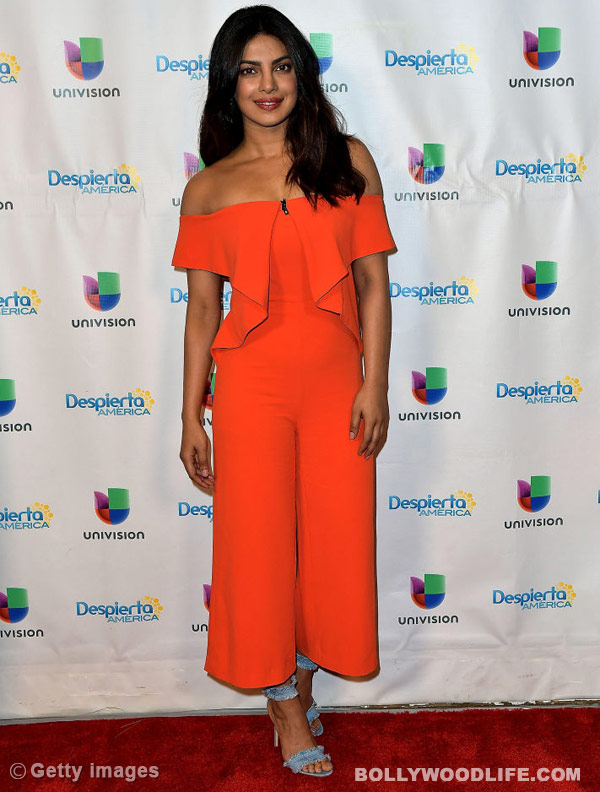 Rocking red with oodles of confidence, Priyanka Chopra graced the American Spanish morning television show with her co-stars wearing a Lavish Alice jumpsuit from their Fall 2017 collection and paired it with frayed denim sandals from Gianvito Rossi. 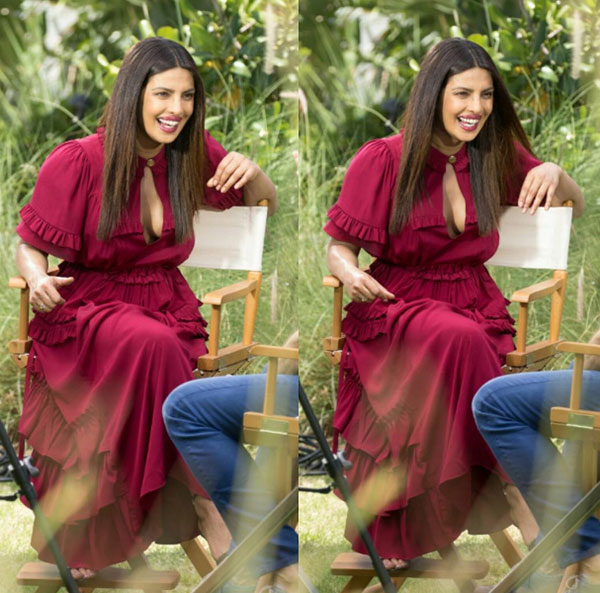 Wearing a Mason Mayle ruffled dress featuring a keyhole plunge, for a round of interviews, Priyanka kept the vibe going with a pair of sunnies and delicate black stilettos. 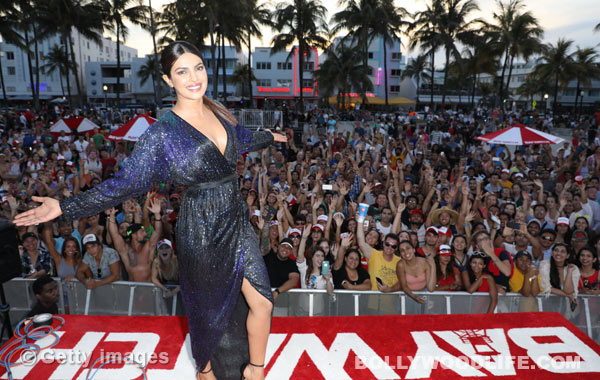 Wearing a vintage Halston dress for the World Premiere of Baywatch, Priyanka paired it with black sandals from Schutz and accessorised her look with jewellery from Nirav Modi Jewels. She sported blue-lined eyes and nude mauve lips.

Picking up yet another solid colour, Priyanka Chopra pulled off two black ensembles consecutively – one for her appearance on the show, Live With Jimmy Kimmel, and other for a round of Baywatch promotions. 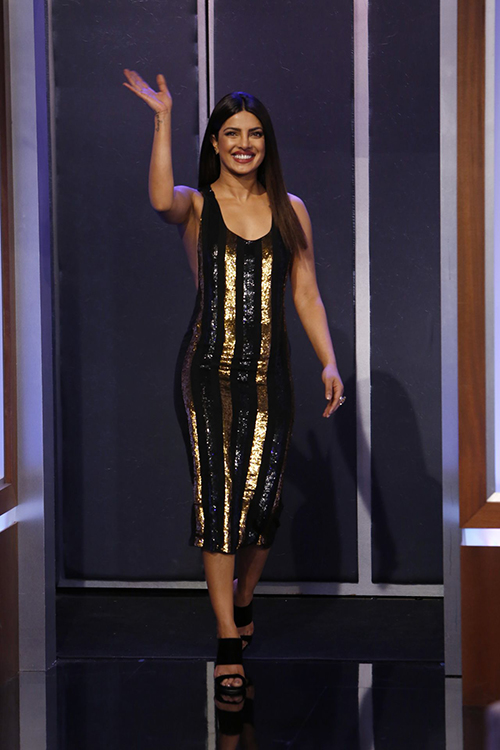 For her stint on the talk show, Priyanka wore a black-striped and sequined Sally LaPointe form fitting dress from their Pre-Fall 2017 collection and paired it well with Giuseppe Zanotti sandals. 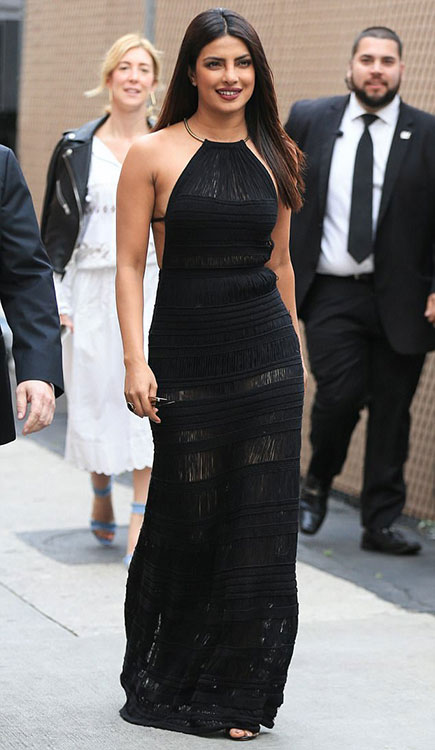