It’s hard to believe it, but Emily Ratajkowski just wore a bikini that makes the rest of her collection looks positively modest. See pics of her wild, barely-there string bikini here!

Yeah, yeah, another Emily Ratajkowski bikini pic. We know you’ve seen her in a two piece practically every day, but this — this is something entirely different! The Gone Girl actress, 27, frolicked on the beach in Sydney, Australia, wearing what’s legally considered a bikini, but truly consisted of some tiny, strategically placed pieces of fabric and a whole lot of strings. Only by the grace of god and physics was that thing hanging on.

Her bikini is absolutely bonkers, and seriously sexy. She confidently strutted in the sand wearing the contraption, only covered up on the bottom with a thin strip in the front, and a thong in the back. It twisted into tons of strings connecting the “bottoms” to her top, which was merely tiny triangles covering her breasts — barely. They didn’t exactly do their job, though. Emily had a nip slip, unbeknownst to her, while chatting with her friend at a beach shack. Oh well! 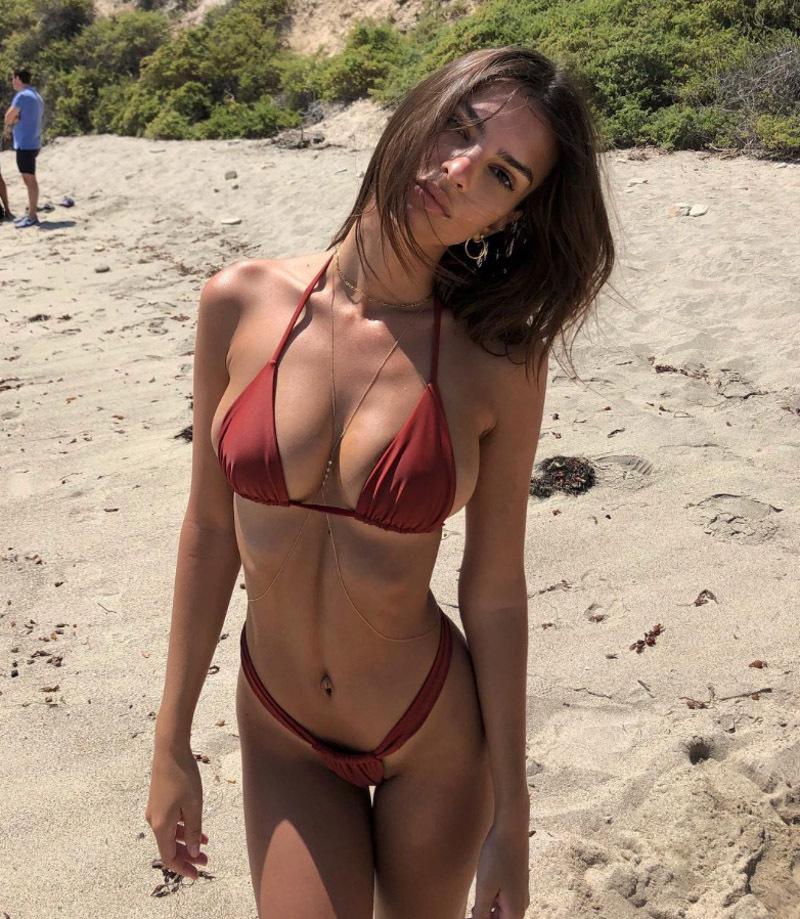 Her friend was actually wearing a similar bikini in beige, which Emily helpfully tied up for her. Emily actually just turned heads recently in a different sexy outfit. Albeit way more covered up than in this bikini, her crop top and jeans ensemble at the November 8 Lakers game goes down as one of her best! She went braless underneath the thin, white top, which also showed off her abs while she sat courtside. It was kind of distracting, even with LeBron James playing right behind her!