Without her usual face contouring and lip gloss, Kim Kardashian’s youngest sister seemed more like an ordinary teenager than ever before when making the trip in a casual t-shirt and jogging pants combo.

The 19-year-old superstar, who is dating 25-year-old rapper Travis Scott, let her natural beauty shine through as she wore her long raven locks loose.

She was clutching not one but two drinks during her LA dash, hinting she was fetching a refreshment for her boyfriend as well as herself.

Her fresh look was a world apart from the new air-brushed portraits of her that have been released to promote her swimwear brand. 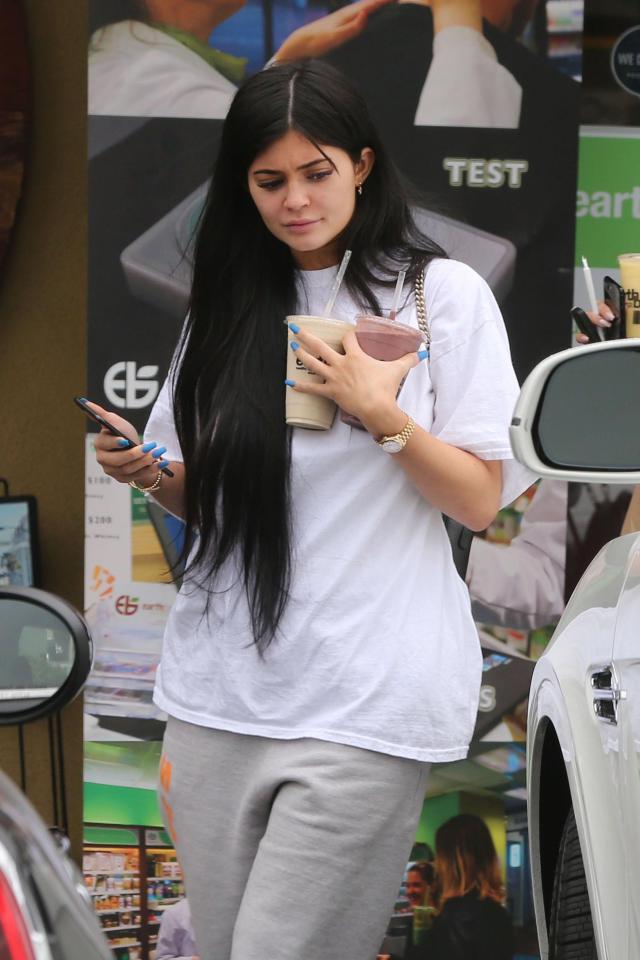