Which recent teaser impressed you? You can VOTE and tell us!
In the last few months, teasers of several big movies across industries were launched in a grand way. Now teasers in south are the ‘new trailers’. They set the mood and the excitement level for the film. Thea’s why, makers of movies now take out time to shape up teaser that could very well decide the fate of the movie. As they say, ‘the first impression is the last impression.’ That’s why makers are ensuring the first promo packs a solid punch. Now we wanna know form you guys which teaser has impressed you the most. We have listed the 5 top teasers in the last few months. You decide which one tops the list. You can VOTE and tell us!

Mahesh Babu‘s SPYder teaser – This is definitely the most hi-tech teaser of 2017. For once the superstar took a backseat and his SPY-der camera sidekick took centre stage. It was stylish, slick and highly advanced. For the first time, a teaser featured a highly advanced object like this. This film is all set to be a stylish, hi-fi actioner! The movie marks the first collaboration of Mahesh Babu and AR Murugadoss. The film will be a bi-lingual release in Tamil and Telugu. The film also stars Rakul Preet Singh and SJ Suryah as the lead antagonist. The film is set for a dussehra release this September.

Allu Arjun’s DJ teaser – This teaser was a complete surprise for Bunny fans because Allu Arjun was seen in a brand new avatar. The otherwise, stylish, slick star chose to pull off a traditional Brahmin look and it was just as impressive. Without a doubt, the actor carried it off with his natural swag. The teaser also starred Pooja Hegde who will play his love interest. Their subtle yet intense chemistry was another highlight of the DJ teaser. The teaser within 24 hours clocked in a record 6M views. 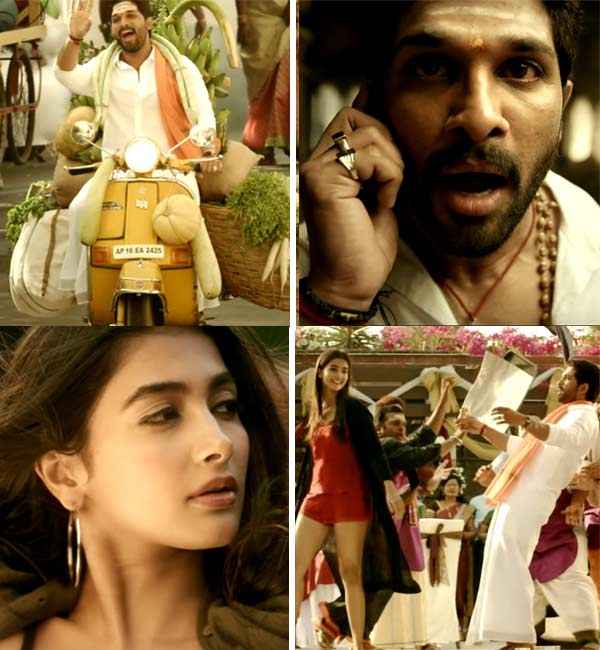