he Metropolitan Museum of Art closed down its palatial halls for the 2016 Met Gala, celebrating the Costume Institute’s “Manus x Machina” exhibition with a glittering display of hand- and machine-made couture. And best beauty looks on the red carpet fell into a number of camps that paid tribute to the night’s futuristic theme in clever ways.

First came the power ponytails, slicked tight on top of the heads of Selena Gomez and Elle Fanning, which kept the focus on their fresh ingenue faces. Gigi Hadid and Alicia Vikander served up theirs with a twist, Hadid with a deep side part and blunt ends, Vikander with two tiny French twists that suited her architectural Louis Vuitton dress. Elsewhere, a technological motif came through with metallic adornments of all sorts. See FKA twigs, whose dripping silver chains lent a delicate yet punkish edge to her braided bun, while the Haim sisters’ jeweled Rodarte barrettes felt avant-garde yet deeply romantic by turns.

A few standout bobs ruled the red carpet, from Michelle Williams’s chin-grazing chop to Kristen Stewart’s peroxide take, amplified by a slick of glitter on the lids. Solange Knowles, too, paired a textured bob with shimmering shadow that popped against those lemon yellow pleats. Then there was Beyoncé, who appeared last (but never least) and kept it simple with impossibly sleek center-parted hair, smoky eyes, and a curve-hugging sheath, proving that whether we’re in the past, present, or future, some beauty rules are timeless. 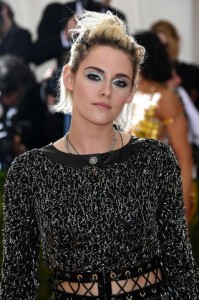 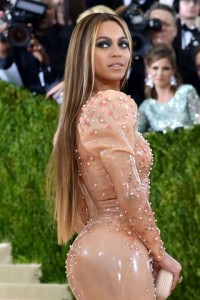 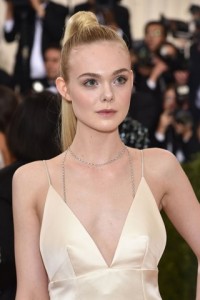 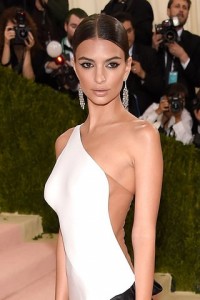 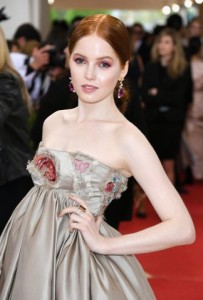 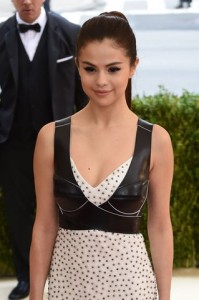 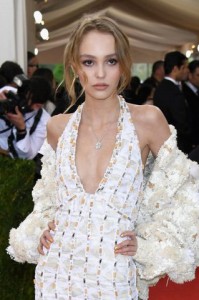