With an eventful week full of movie promotions we spotted our B-town celebs making a style statement at the events in their perfectly paired outfits
Best dressed celebs this week…
This week had a lot of B-town actors stepping out for their film promotions, with upcoming movies like A Flying Jatt and Akira we have spotted quite a few at events, airport and some at launch.

Out of all the celebs and the looks they have sported we have narrowed it down to a few. Take a look at our stylish B-town celebs. 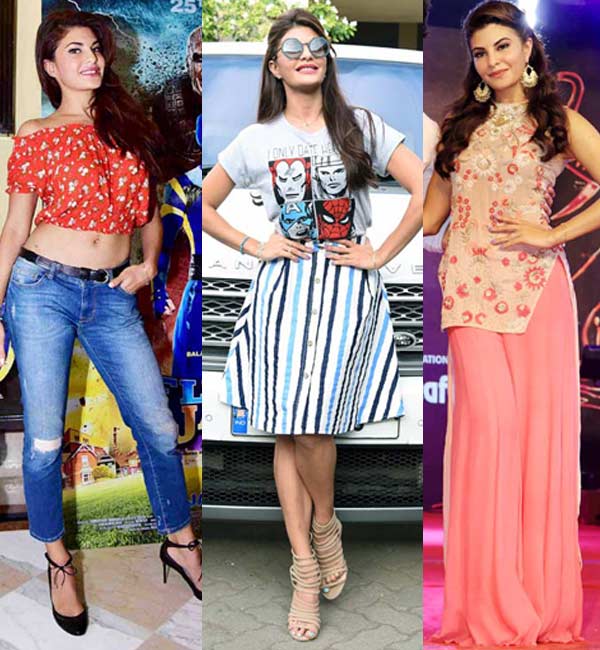 Jacqueline is out promoting her film A Flying Jatt. We spotted her at the Umaang festival along with Tiger Shroff during promotions where she was seen wearing Pink pallazo with an off white printed top by Kavita Bhartia and Aquamarine jewellery, the actress look stunning in this Indo-western outfit.

Later during an interview for her film Jacky was seen making a style statement in a super hero printed tee tucked in a striped blue Madison skirt. The t-shirt quoted ‘I only date heros’

Flying to Delhi for another promotional event of her upcoming film Jacky was seen in a casual avatar with slight distressed blue jeans paired with a cropped red printed off shoulder top. We loved what Jacqueline wore throughout her promotions and is one of the best dressed celebs without a doubt.

Diana who has been busy promoting her film Happy Bhag Jayegi was seen in a black suit during the promotions. With a dark blue blouse Diana looked classy in a Rishta by Arjun Saluja indigo deconstructed suit. We absolutely loved the new look on her. 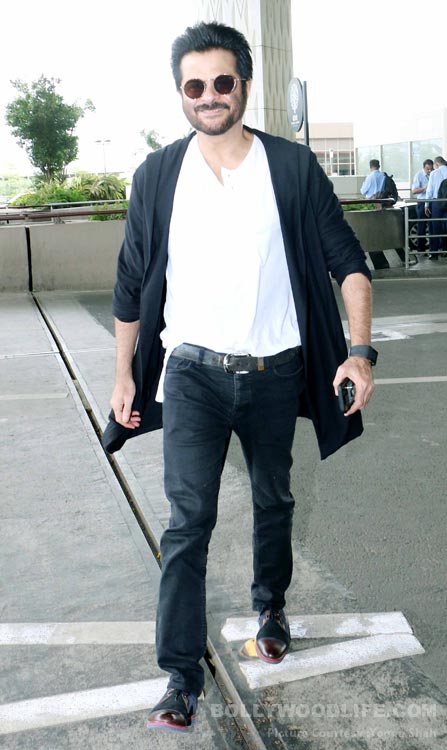 Anil Kapoor who will soon start shooting for his upcoming movie Aankhen 2 was recently spotted at the airport. Anil was looking young as always. He was seen in casual denims with a basic white tee and a long man shrug which we have to admit was a great choice. 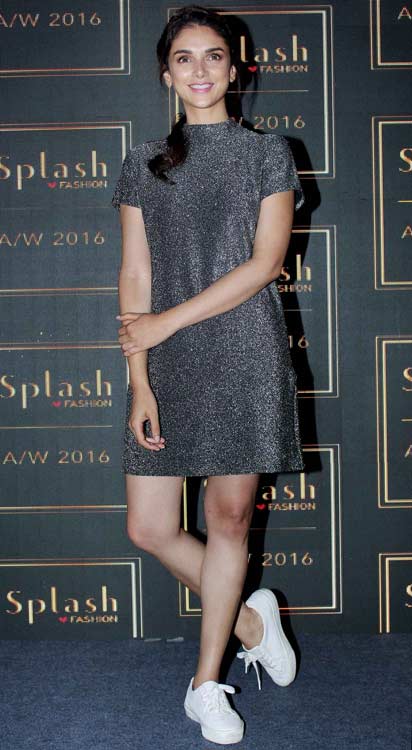 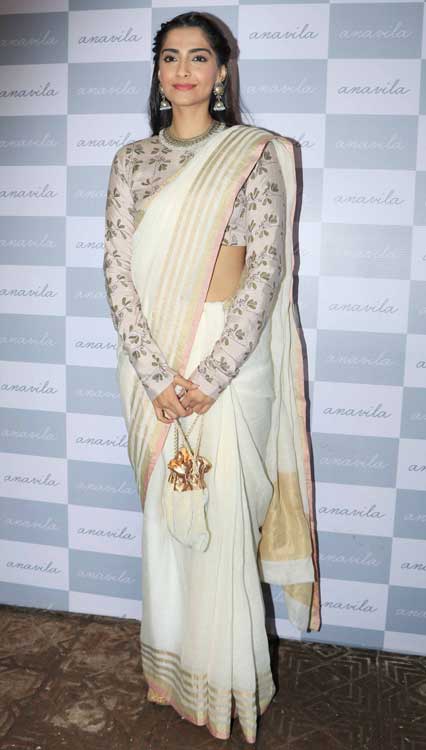 Sonam was recently seen at Anavila Misra show. She looked gorgeous in the white saree and pulled off the high neck blouse well. The over all look with the shades of white looked absolutely stunning on the actress.