Like mother, like daughter…and daughter! Christie Brinkley shared a picture of her posing on the beach with her daughters Alexa Joel and Sailor Brinkley-Cook, and their mother looked younger than both of her girls.

“Tuesday…Twos Day! (get it?) with my Two Daughters,” Christie Brinkley, 65, wrote on Instagram on June 11. In the post, the legendary model shared a pic of her with daughters Sailor Brinkley-Cook, 20, and Alexa Joel, 33. The shot featured them all in variations of black bikinis, with Christie wearing a mesh-style-swimsuit. “From two years ago in two-piece bathing suits for [Sports Illustrated],” Christie wrote, indicating that this behind-the-scenes shot came from the trio’s epic 2017 Sports Illustrated Swimsuit Issue shoot. 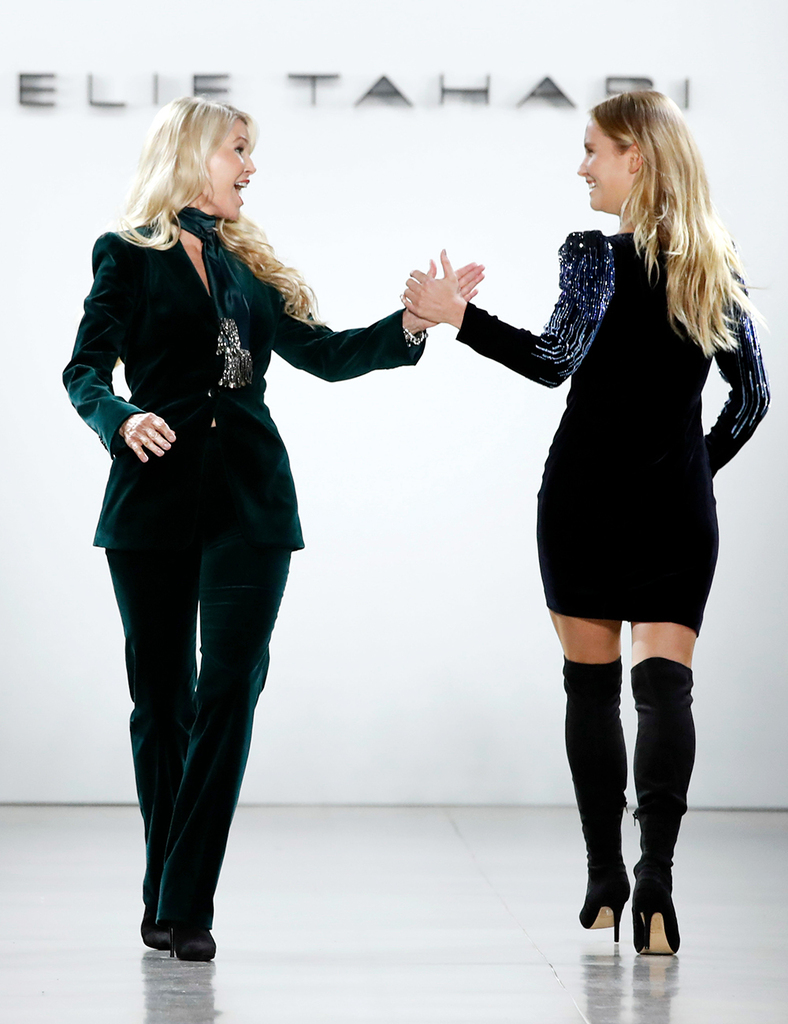 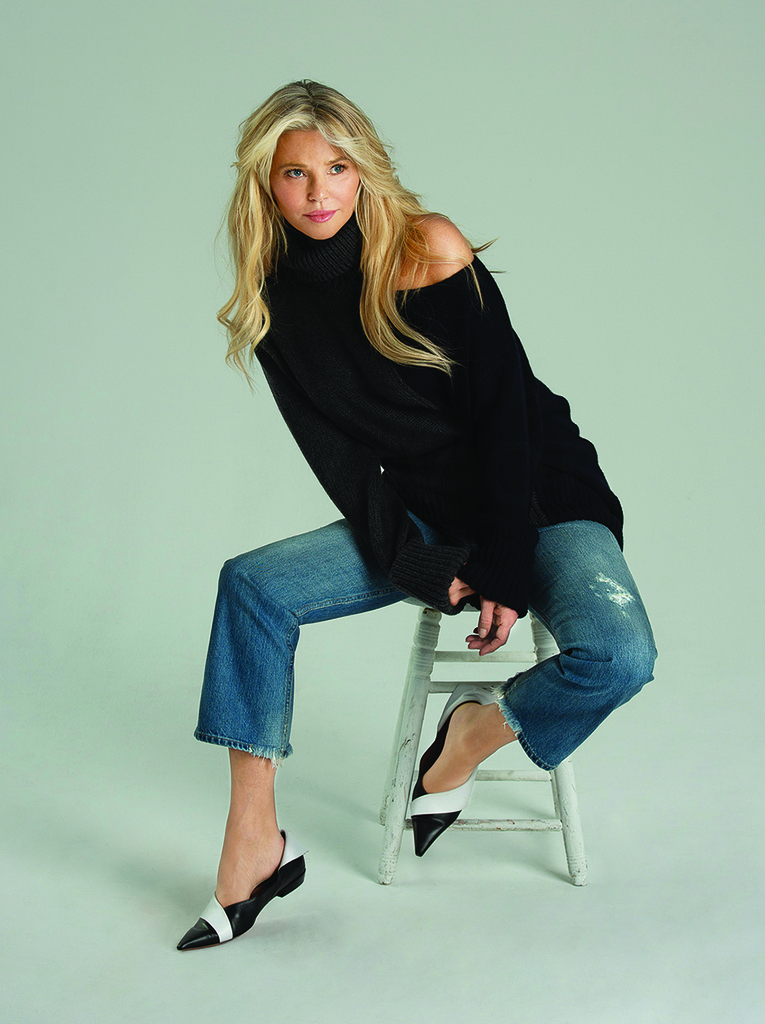 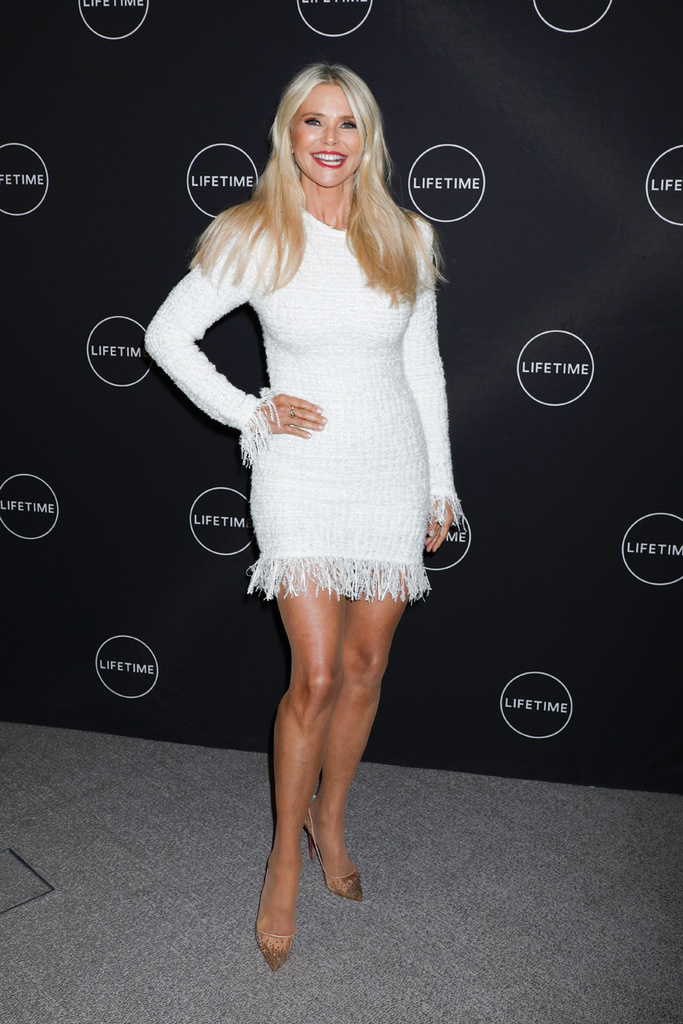 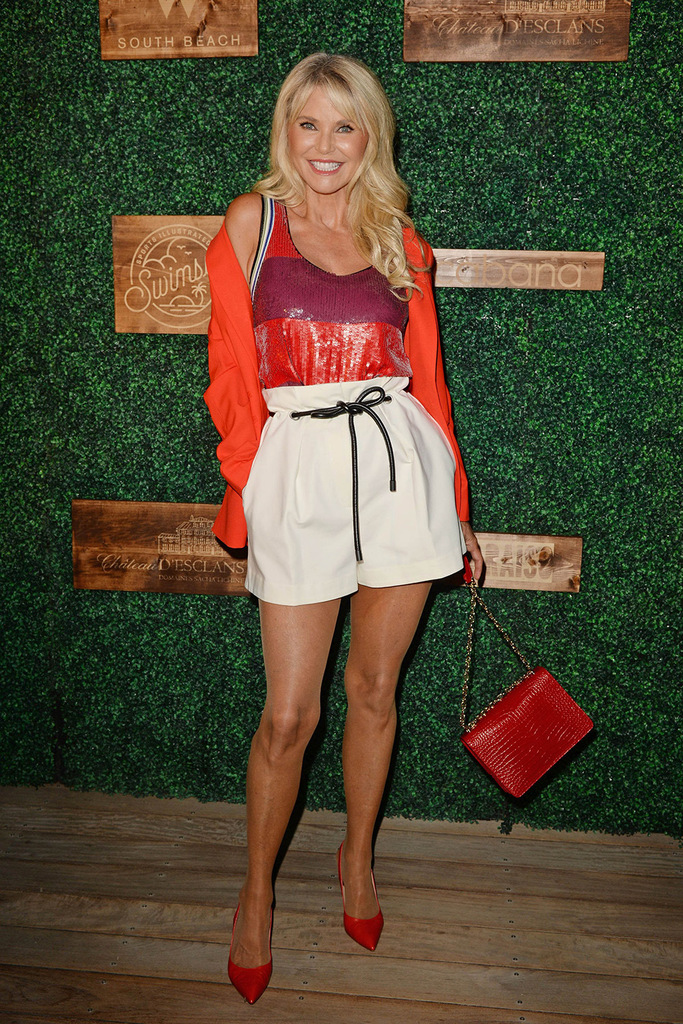 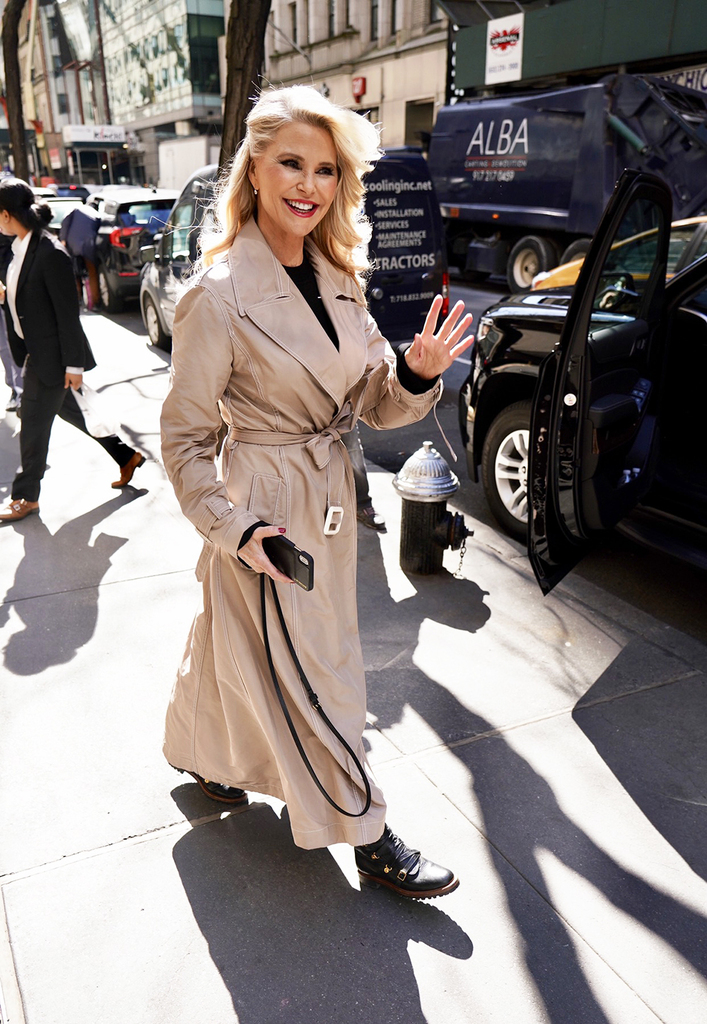 While that picture is two-years-old, Christie has recently proved that she just doesn’t age. “Early Morning Swim,” she captioned a May 20 slideshow of her arching her back while posing on the beach in a bikini. “Fish were jumping Pelicans swooping by and warm Rays of Sunshine …just soaking it all in! #luckyhousepc.” She doesn’t even need a bikini to look fabulous, as she was gorgeous while wearing a long coat during a March visit to New York City.

Though Christie swore she hung up her bikini – metaphorically – in 2004, she was convinced to return to the magazine for one more shoot in 2017. Christie appeared in the magazine eight times between 1975-2004 and is best known for her record three consecutive SI Swimsuit covers – in 1979, 1980, and 1981. “This is a real full circle moment for me,” Christie said through tears on the set of the shoot, according to Sports Illustrated. “I can get very emotional about this. How many years ago, I was that insecure girl hoping that I would be good enough for the magazine.”

Tuesday…Twos Day! ( get it?) with my Two Daughters, From Two years ago in Two piece bathing suits for @si_swimsuit. ☀️⭐️☀️⭐️☀️ • • • Some of the comments compel me to repost my little poem about comparing my daughters!! Here’s what I think, one more time … “Ones a ‘Betty’ and ones a ‘Veronica’ One plays Piano, and one the harmonica, One is salt, the other pepper, One travels light, and ones a schlepper, One dances in moonlight and one in the Sun But don’t try to pick your favourite one Comparisons drive them both totally mad, They worry the other one will be sad With all of their hearts they love each other and I’m so proud to be their mother!” #family #love #sisters #werenotcompeting

“So to see my daughters now having the same thoughts I had, and to be able to see them actually be there on the job, was definitely a big moment,” Christie added. Her daughter Sailor has certainly followed in her mother’s footsteps. Sailor and Christie shared the runway for the first time, as the mother-daughter walked at Elie Tahari’s New York Fashion Week show in February 2019. Sailor proved that she’s definitely her mother’s daughter during a photoshoot for Solid & Striped swimsuits. When Sailor shared a series of snaps of her walking along a beach while wearing a bikini, fans couldn’t help but compare her to Christie. “You look amazing, just like your mother,” one fan wrote, and they weren’t wrong.