Oliver Stone’s Edward Snowden biopic leads the charge for topical movies premiering at this year’s Tiff, including fiction features about the Deepwater Horizon oil spill, the aftermath of the Good Friday agreement and the trial of David Irving

It was shunned by film studios and plagued by Pokémon, but now Oliver Stone will finally premiere Snowden, his biopic of the National Security Agency whistleblower, at the Toronto international film festival in September.

The film, which stars Joseph Gordon-Levitt as Edward Snowden, is based partly on a book by the Guardian journalist Luke Harding and follows the former security analyst from his time in the US military to his exile to Russia after he leaked thousands of classified documents.

Clips of the film were shown at San Diego Comic-Con last week, where the director said the major studios’ wariness over the film had “almost killed” the project. He also attacked Pokémon Go, criticising the level of data collection intrinsic to the world’s most popular mobile game by describing it as “surveillance capitalism”.

Other high-profile films making their debut in Toronto also take their notes from news headlines: Deepwater Horizon, directed by Battleship’s Peter Berg and starring Mark Wahlberg, will tell the story of the 2010 oil rig disaster that lead to BP paying out the largest environmental fine in US history. Meanwhile, The Journey will focus on how an unlikely friendship developed between Northern Ireland’s late Democratic Unionist party leader Ian Paisley and his deputy Martin McGuinness. Colm Meaney is McGuinness, while Timothy Spall will play Paisley.

Spall also stars in Denial, an account of American historian Deborah E. Lipstadt’s legal battle against writer David Irving who took her to court after she accused him of denying the Holocaust. With libel courts in the UK putting the burden of proof on the accused, it was up to Lipstadt to legally prove that the Holocaust happened. Directed by The Bodyguard’s Mick Jackson, it stars Rachel Weisz as Lipstadt.

A fleet of UK films travel to Toronto this year. Among them is Adam Smith’s Trespass Against Us, which stars Michael Fassbender and Brendan Gleeson as two generations of a warring crime family. Also arriving will be Lone Scherfig’s Their Finest, previously known as We Happy Few. Set during the second world war, it follows a gang of film-makers (lead by Gemma Arterton) making a patriotic film to boost morale during the blitz. Another Brit in attendance will be Amma Asante, whose A United Kingdom tells the story of the 1948 interracial marriage between Seretse Khama (David Oyelowo), the first president of Botswana and Ruth Williams Khama (Rosamund Pike), who was an English bank clerk.

Noel Clarke will bring Brotherhood, the culmination of his London crime trilogy, while Ewan McGregor will make his directorial debut with American Pastoral. Based on the Philip Roth novel of the same name, it stars Jennifer Connelly and Dakota Fanning, with McGregor himself as Seymour “Swede” Levov, whose life is thrown into turmoil when his daughter explodes a bomb to protest against the Vietnam war. 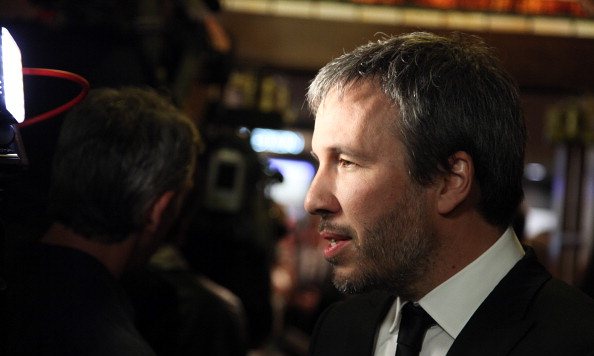 Canadian director Denis Villeneuve, currently filming the Blade Runner reboot, will bring Arrival, a sci-fi adventure in which a team of linguists, lead by Amy Adams, must decipher the desires of visiting aliens. Meanwhile, Rob Reiner will bring LBJ, a biopic of Lyndon B Johnson, the 36th president of the United States. Woody Harrelson plays the man thrust into the highest office after the assassination of John F Kennedy.

Violence comes to the fore in two of the other American offerings. Catfight will star Sandra Oh and Alicia Silverstone as members of a scrap-happy sorority, while Miles Teller will take to the ring as struggling boxer Vinnie Paz in Bleed for This. On the more sedate end of the scale, Eleanor Coppola, the wife of Francis, will introduce Paris Can Wait, a romantic comedy starring Diane Lane as the wife of an inattentive Hollywood producer (Alec Baldwin), who finds herself on a journey of discovery while driving from Cannes to Paris. It’s the 80-year-old documentarian’s feature debut.

Classy kids fare headed for Canada includes Sing, director Garth Jennings’ musical comedy about a koala (voiced by Matthew McConaughey) who holds a singing competition in order to save his theatre from closure. Reese Witherspoon, Scarlett Johansson and Taron Egerton provide backing vocals as a warbling pig, an alt-rock porcupine and a soulful gorilla, respectively. Also for younger viewers, JA Bayona’s A Monster Calls will introduce Conner O’Malley playing a boy dealing with his mother’s terminal illness by confiding in a talking yew tree (voiced by Liam Neeson).

Jonathan Demme, who famously caught a classic Talking Heads show on tape with Stop Making Sense, will press play on JT and the Tennessee Kids, a Justin Timberlake concert film. Also on rotation is The Rolling Stones Olé Olé Olé! – A Trip Across Latin America, directed by Paul Dugdale and following the veteran rockers on their recent tour.

The Toronto international film festival runs from 8 to 18 September, opening with Antoine Fuqua’s remake of The Magnificent Seven and closing with The Edge of Seventeen, a high school romance in which Hailee Steinfeld’s awkward teen is mentored by Woody Harrelson.