Look away T.I.! The rapper’s on-off love, Tiny, hit up her pal’s birthday party over the weekend, and she looked sexier than ever in a tiny dress and fishnet stockings. What do you think of her look?

Tiny has been working out and sharing the journey on social media this month, and she showed off the results when she attended LaToya Wright’s 90s-themed birthday bash on Oct. 28. The Xscape singer donned her best 90s look for the event: A tiny red dress, covered with a flannel shirt, and paired with fishnet stockings and knee-high boots. The ensemble allowed Tiny to flaunt her insane legs, and she went for a dramatic beauty look, featuring sparkling eye shadow, major mascara and a bright red lip with hoop earrings to complete the look.
Tiny was surrounded by friends in an Instagram post from the party, but her on-off love, T.I., was nowhere in sight. After Tiny filed for divorce last December, the beloved couple seemed to finally rekindle things over the summer, but they still have not gone public with their rekindled love on social media. Plus, HollywoodLife.com learned EXCLUSIVELY that the duo recently had a blowout fight because he was checking out Bernice Burgos‘ sexy selfies on Instagram. In case you forgot, Bernice was accused of breaking up T.I. and Tiny’s marriage earlier this year, although Tiny later explained that the model didn’t come into the picture until after the split.

Whatever the status is for T.I. and Tiny this week, we can imagine that he’s definitely into her look from Saturday night. In fact, Tiny has been showing off her sexy body more than ever lately, so T.I. may want to hold on tight before she leaves him again! 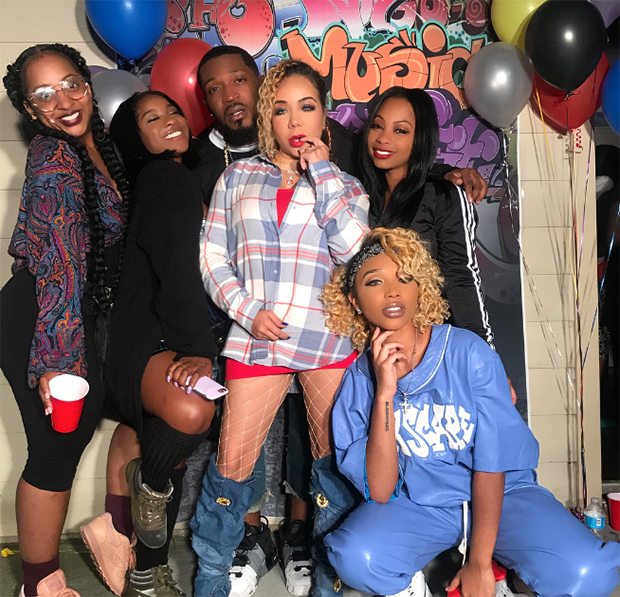