The CMT Awards pulled out all the stops to entertain fans on June 5 when they invited a host of female vocal powerhouses to belt out a country music classic.

Tanya Tucker, 60, proved that she’s still got amazing pipes – and fabulous moves – when she took to the stage at the CMT Awards in Nashville, Tennessee on June 5. The country star sang her signature hit song, “Delta Dawn” to the celeb-filled crowd. Tanya gyrated her hips as she entertained the audience. But she didn’t do it by herself. The singer was joined on stage by a group of her country music sisters including Brandi Carlile, 38, Martina McBride, 52, Trisha Yearwood, 54, Deana Carter, 53, Rae Lynn, 25 and more.

It was an outstanding performance that had the crowd on its feet and testament to the fact that “Delta Dawn” has stood the test of time nearly 50 years after it was released. Tanya Tucker was just 13-years-old in 1972 when she had the hit with the song. Since then, she has carved out a decades-long career for herself with an impressive catalogue of hits that include “Strong Enough to Bend” and “One Love at a Time.”

The mom-of-three – who is currently rocking pink hair – is set to release a brand new album, While I’m Livin’, in August. Brandi Carlile not only shared the stage with Tanya on June 5, she also co-produced the album with Shooter Jennings. Tanya is very excited about the new project and, hours before she took the CMT Awards stage, she tweeted a clip from her new music video, “The Wheels of Laredo.” 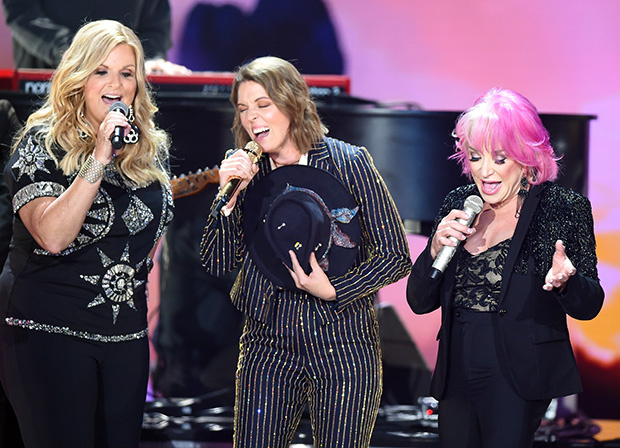 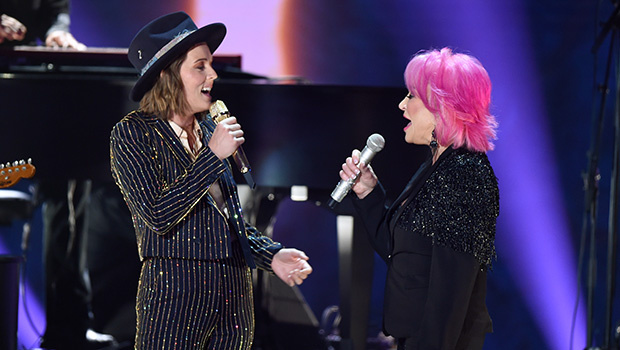 Her fans were clearly glad that she’s back, tweeting their approval of the song and their excitement about the upcoming album. “Woohoo! So glad you are back making music,” one fan tweeted in response. “Thank you so much for this!! You have been greatly missed!” another person wrote. Yet another fan added, “I love it!! Tanya I have all your old CD’s [sic] and will buy your new one!!! So happy you are back where you belong!!” If Tanya’s performance is anything to go by, they’ve got plenty to be excited about!