Sonam Kapoor got married to Anand Ahuja yesterday. The festivities lasted for three days, starting with an intimate mehendi party followed by another intimate mehendi party (which was attended by quite a few celebs). Then there was the wedding and finally the reception last night. Celebrities followed the dress code at every function to the tee. The ladies took our breath away in their ensembles, but this post is about the men, who had us going gaga over them with their fashion choices. From Ranveer Singh to Saif Ali Khan and Shah Rukh Khan – men had their fashion game on point over the last three days. We have compiled a list of best dressed men from #SonamKiShaadi. Take a look:

Shah Rukh Khan went for an all black look for the reception party last night. What do we even say about him? We were in love with him all over again the moment we saw him in this attire. Even you were too, no? 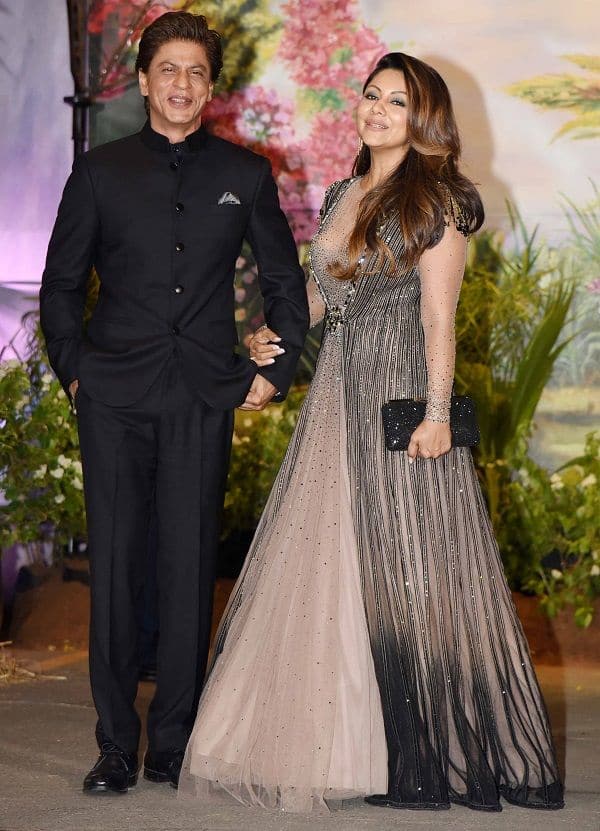 Ranveer Singh went with all white at Sonam’s wedding ceremony and made us go wow. Look at those sunglasses.

Ranbir Kapoor’s monochrome look from last night was on-point, we have to admit. We are especially digging those black shiny shoes there. 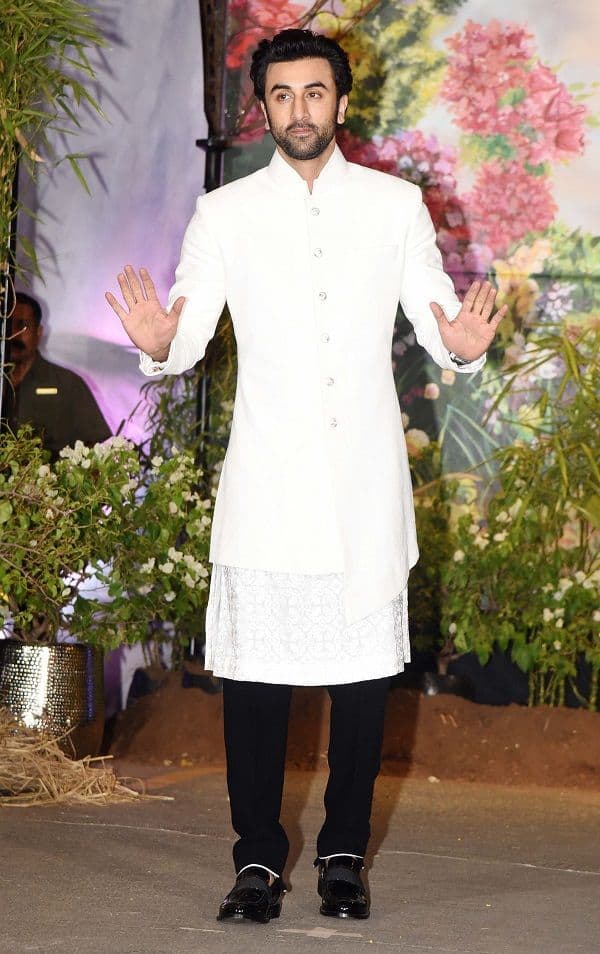 Sidharth Malhotra was definitely one of the most good looking men last night. Like SRK, he too went for an all black look. And added a shiny touch to his ensemble with that beautiful silver broach. ALSO READ: From Varun – Natasha to Alia – Ranbir : Which couple impressed you with their impeccable styling at Sonam’s reception party? 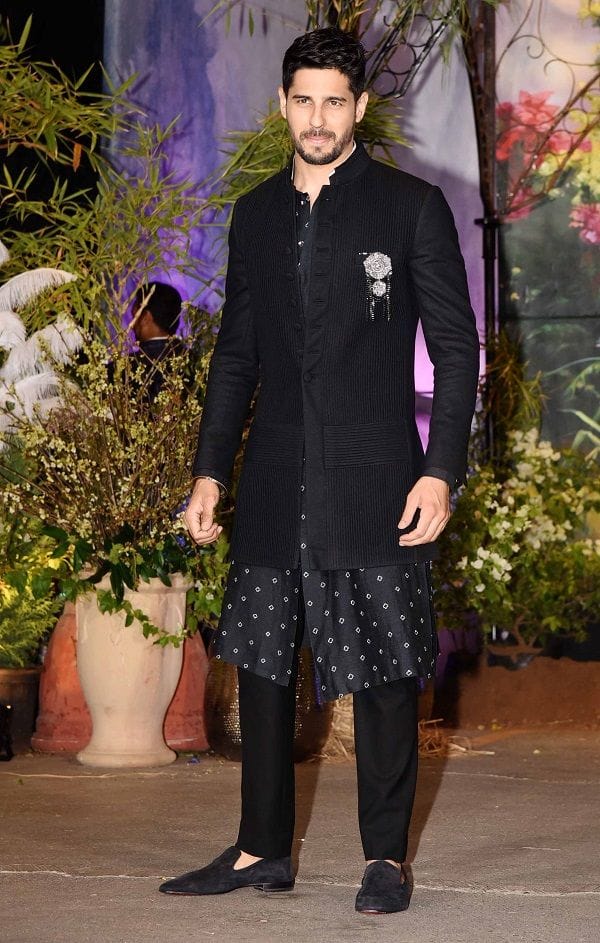 Varun Dhawan‘s outfit was pleasing to eyes. We just love that shade of blue on him. Simple and suave are the two words that come to our mind after seeing this. 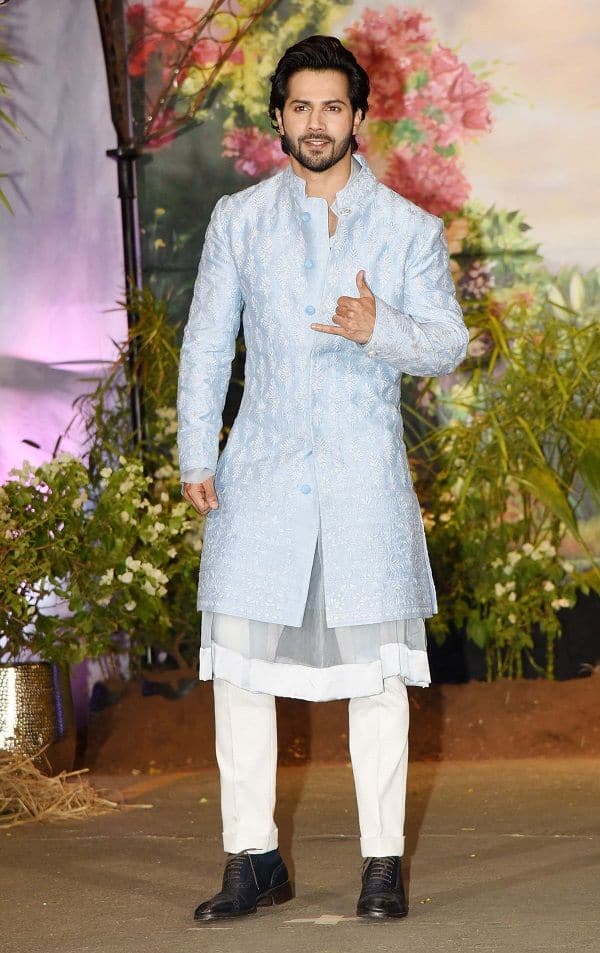 And then there was the man of the hour, the groom – Anand Ahuja in his navy blue bandhgala and white pants. Even though he wore sneakers to his own reception party, but that doesn’t change the fact that he was looking very handsome last night. 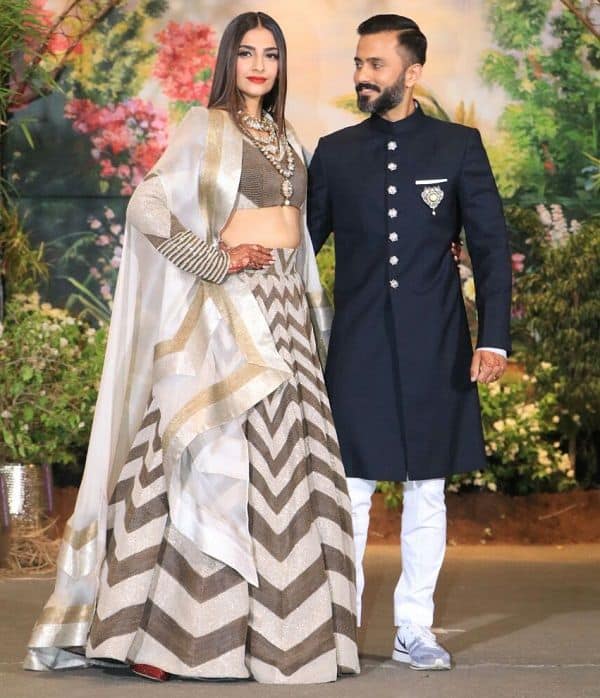 Both the men in this picture stole the thunder at the wedding ceremony yesterday. While we are not able to get over Taimur, Saif Ali Khan too had us go wow with his simple yet classy pink and white pathani. 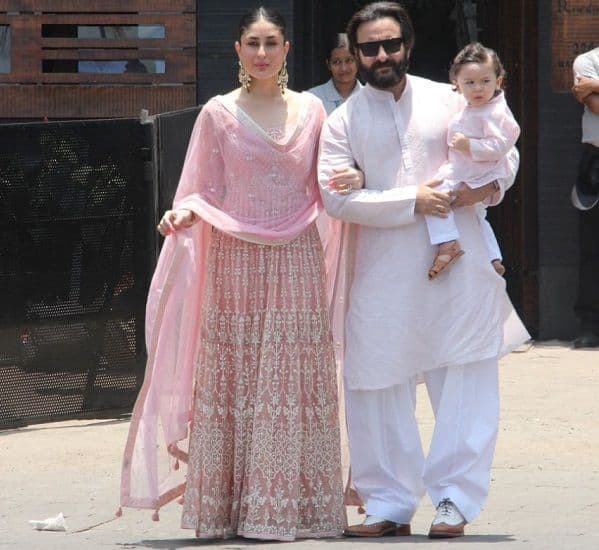 Cousin of the bride, Arjun Kapoor wore an appealing blue kurta. He completed the look with white pants and brown shoes, which went perfectly with his outfit.

Father of the bride, Anil Kapoor nailed it with his choice of outfit at the wedding. Especially that green neck piece which is adding the right sort of contrast here. 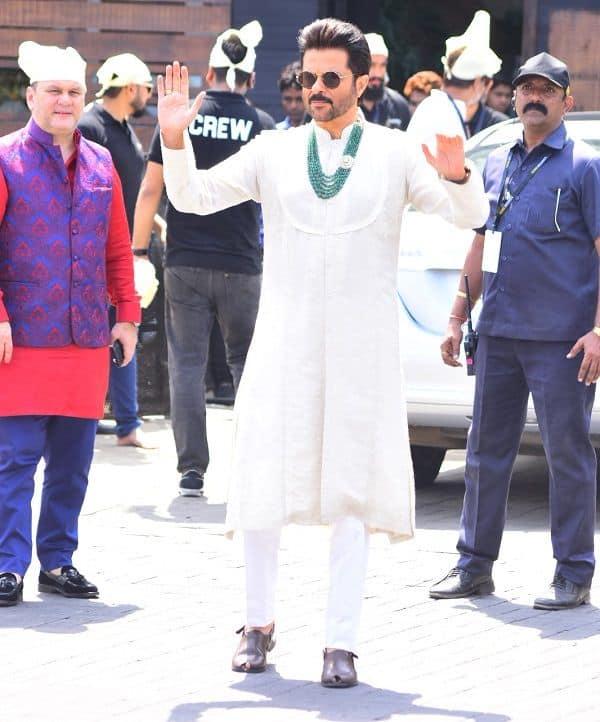 And then there was Karan Johar, who was a part of all the functions. But we absolutely loved what he wore at the mehendi. 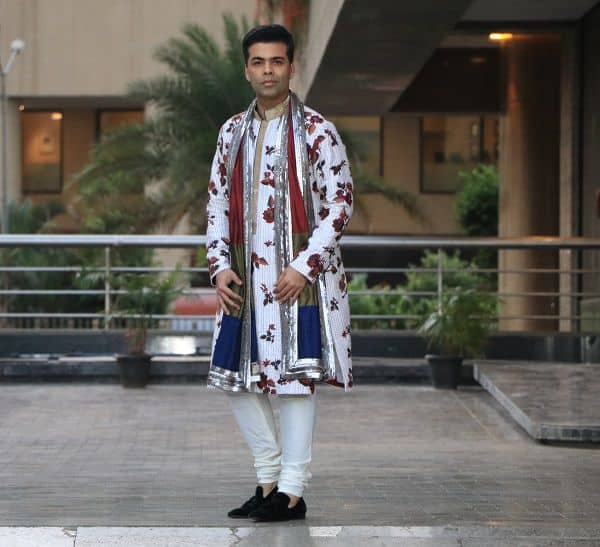 Which one is your favourite among the men? Let us know in comments below.