The bridal season that started last year, with Anushka Sharma and Samantha Ruth Prabhu tying the knot, continued till Sonam Kapoor got hitched yesterday. The Neerja actress happily jumped aboard the bandwagon of married actresses and we wonder if Anushka will share some marital tips with her. With so many celebrity weddings taking place suddenly, we are compelled to reinstate our faith in the institution of marriage. The happy pictures of these pretty brides are worth a million bucks and we bet every girl wishes to deck up just as nicely as them. While Virushka’s wedding was an extremely intimate affair, Sonam wanted her fans to live every moment with her. She was a traditional bride decked up in a red lehenga choli, unlike Anushka who preferred pastels. Though both the actresses looked ravishing on their D-day, whose bridal avatar will you pick for yours? Are you like Sonam who will prefer everything traditional or are you Anushka who likes to play subtle? We elaborate further to give you an insight into their wedding trousseaus and later you can pick your favourite look. 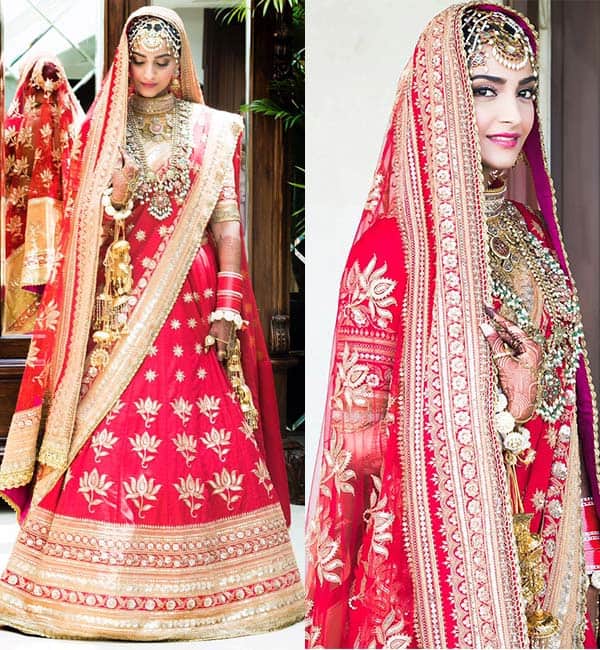 Sonam Kapoor made for a resplendent bride having picked a traditional red lehenga choli by Anuradha Vakil. We liked the way she stuck to this wedding favourite colour and preferred everything traditional. From heavy embroidered lehengas to traditional jewellery – Sonam was a true Indian bride and her choices resonated with ours. 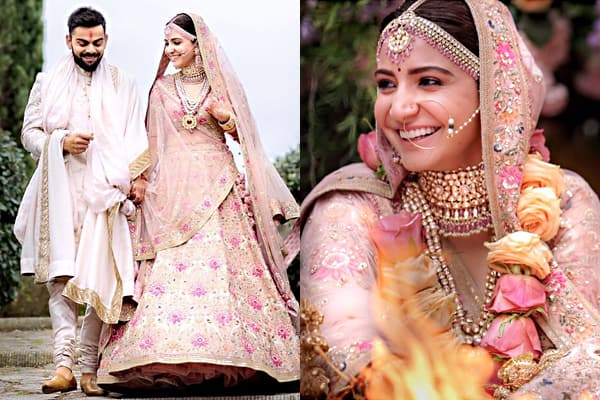 Kudos to Anushka Sharma for making pastel look so rich and elegant with her wedding attire. Her pale pink lehenga by Sabyasachi Mukherjee with Renaissance embroidery in vintage English colours, embellished with silver-gold metal thread, pearls and beads was such a delight. Calling her radiant would be an understatement. We loved the fact that she stuck to a basic silhouette, simple colour palette and nothing extraordinary. Definitely a must for all the brides to be. 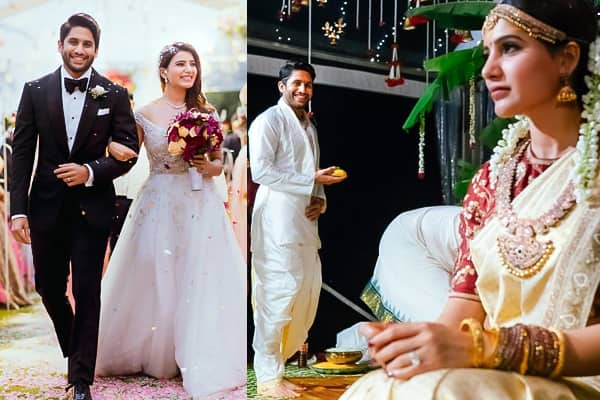 Samantha Ruth Prabhu was a lucky bride to get married according to two different rituals. For her Christian wedding, Samantha picked a ravishing white boat neck gown by Kresha Bajaj and for her Hindu ceremony, she was a Sabyasachi bride, opting for a golden banarasi saree with red embroidered blouse and traditional ethnic jewellery. It was a delight to see Samantha blend such drastic looks with such ease. 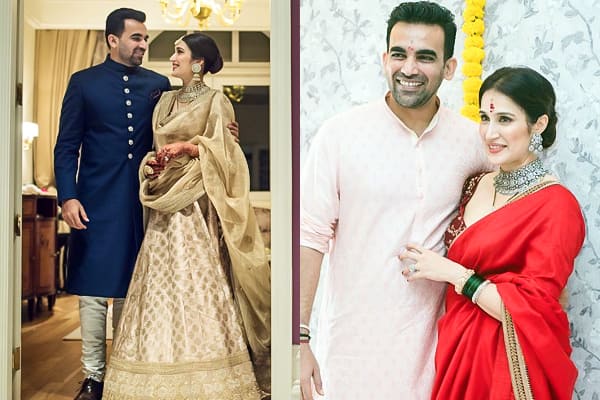 Sagarika Ghatge’s wedding ceremonies didn’t seem to end. After a brief court marriage, the couple went ahead to celebrate their mehendi and cocktail functions followed by a reception. Sabyasachi Mukherjee’s designs were her choice of outfits for all the ceremonies. She started with a red plain saree and matching embroidered blouse from the designer and ended it with a Benarasi lehenga, hand-embroidered with zardosi, along with a Maheshwari dupatta. That’s what we call a regal bride.