It’s a BFF style swap as Kendall Jenner rocked blonde hair and her pal, Gigi Hadid, sported brown locks for the Balmain show during Paris Fashion Week, where the stunning models led the pack — the Balmain Army was out in full force for the show!
Kendall Jenner, 20, and Gigi Hadid, 20, led the Balmain Army during Paris Fashion Week on March 3, where they pulled a major style swap for the show. Whle Kendall rocked long, blonde hair, which was parted in the middle, Gigi sported brown hair for the show — and it wasn’t just their beauty that had us doing a double-take. From textured minis to over-the-knee boots, the models looked amazing as they debuted the Fall/Winter 2016 collection.

Kendall looked like a modern-day ice queen in her first look, which consisted of over-the-knee suede boots and a fringe skirt — has layering ever looked so sexy? Gigi looked just as good in boots, which put the focus on her long legs, and a long-sleeved mini — she looked so fierce! In fact, with her brown hair, for a second we almost confused her for Kendall!

Along with Kendall and Gigi, Karlie Kloss and Jourdan Dunn also rocked the catwalk for Balmain, which featured a black-and-white checkered print — and the models looked amazing as they showed off the latest collection. So many of the gals sported different color hair, making it hard to decipher who was who — but it was so cool to see them try a style swap for the show. 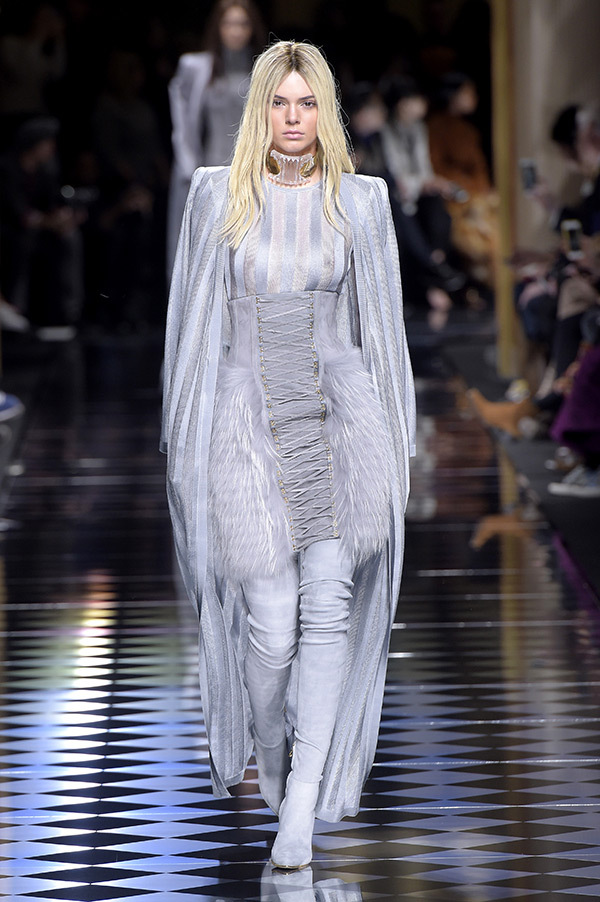 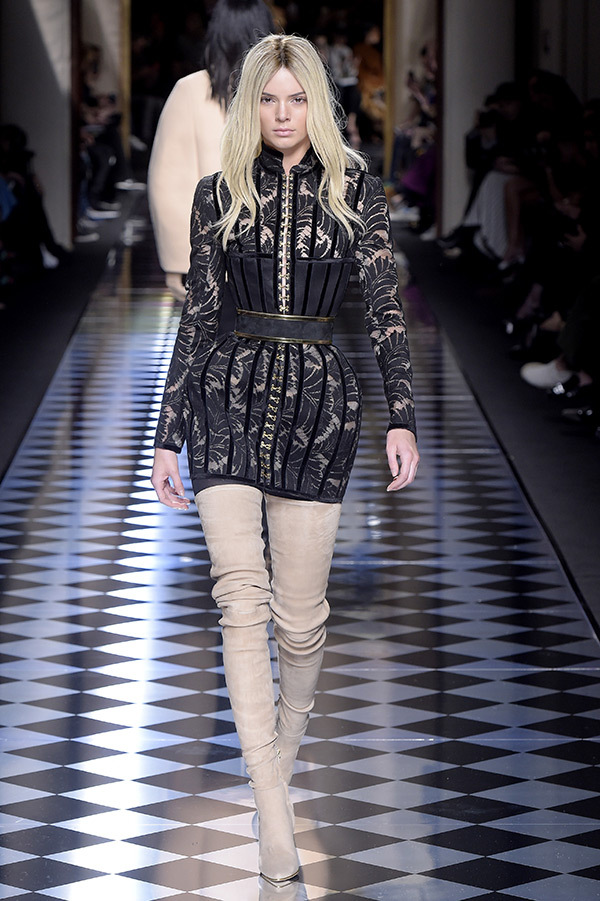