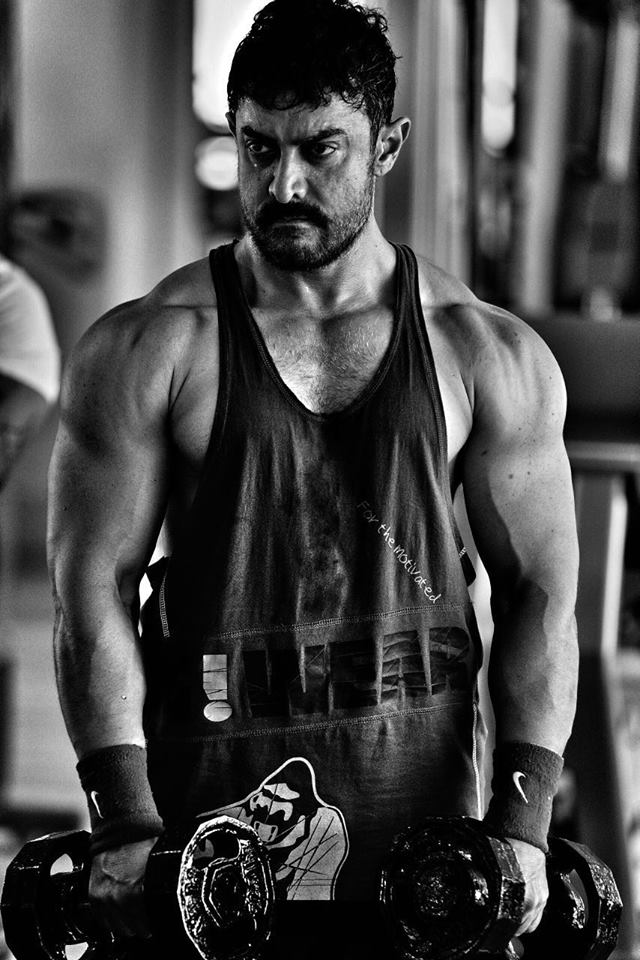 A couple of days back, Aamir Khan (above, left) posted a picture of his bulked-up body on his Twitter account. The actor has been working on his physique for months to portray the role of wrestler Mahavir Singh Phogat in his next.
The star initially put on nearly 30kg to play the acclaimed sportsman. Now that the particular segment of Phogat’s life has been shot, Aamir is training to get back in shape to portray the wrestler in his younger days.