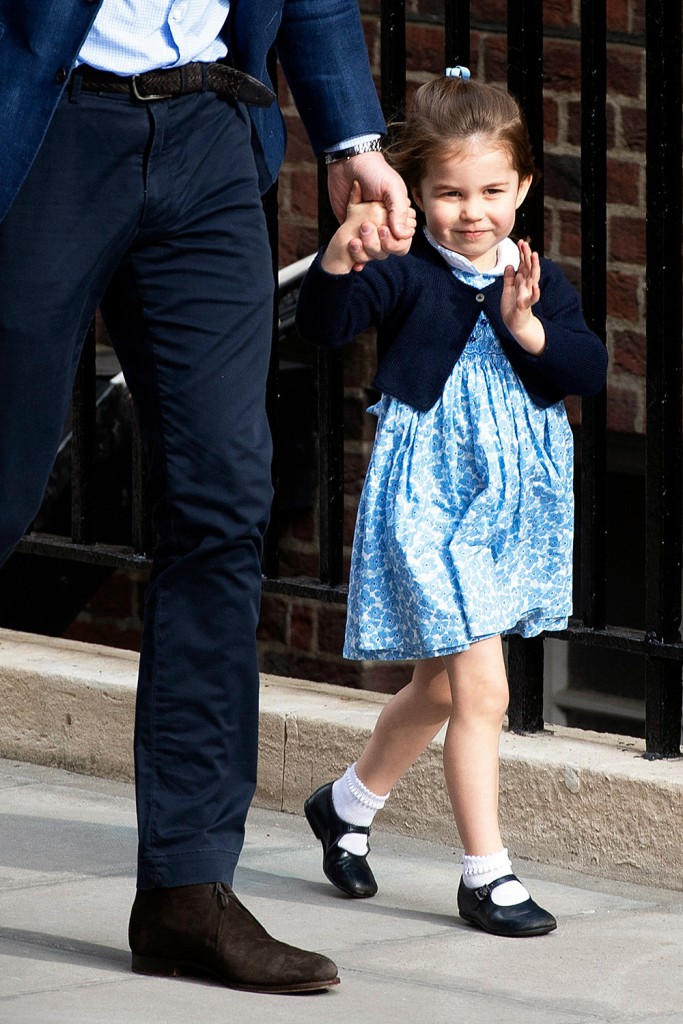 Mandatory Credit: Photo by WILL OLIVER/EPA-EFE/REX/Shutterstock (9640202n)
Prince William and Princess Charlotte
Duchess of Cambridge gives birth to baby boy, London, United Kingdom – 23 Apr 2018
Britain’s Prince William, Duke of Cambridge (L) and his daughter Princess Charlotte (R) arrive to visit his wife, Catherine, Duchess of Cambridge who gave birth to their newborn boy, at the Lindo Wing at St. Mary’s Hospital in Paddington, London, Britain, 23 April 2018. The baby boy is the royal couple’s third child and fifth in line to the British throne.

Princess Charlotte is officially a 3-year-old! The royal cutie celebrated her 3rd b-day on May 2, and it seems like the toddler gets more adorable with each passing year. See her most precious pics to date here!

Princess Charlotte turned 3 on May 2, and we cannot believe how big the adorable tot has gotten in just this past year! But not only has the cutie grown A LOT, she’s also had quite a life-changing year in many other ways. For starters, the tiny princess quietly made history back in April following the birth of her baby brother. For the first time EVER, despite welcoming a younger male into the family, Charlotte maintained her position of being fourth in line for the thrown. The new rule is thanks to the Succession to the Crown Act 2013, which states birth order determines who becomes the next king or queen of the U.K., regardless of gender. Pretty awesome, right?

Clearly it’s been an exciting year for Charlotte, but not only is she STILL fourth in line for the crown, she also gained a new sibling in the process! The newest royal baby was born on April 23, and as Prince William, 35, took her and brother Prince George, 4, to meet their newborn brother, Charlotte once again impressed the world with her grace, adorableness, and even fashion! In fact, just hours after the princess was captured walking up the hospital steps, her Little Alice London dress completely sold out. Just call it the Princess Char effect!

The frock, which cost ₤45 (about $62 USD), featured puff sleeves, a Peter Pan collar, and a gorgeous blue floral print. Charlotte paired the piece with an Amaia Kids navy cardigan and Mary Jane shoes from the same brand that also retail for less than $65. But as precious as the youngster looked, she ACTED even cuter! After getting out of the car and holding her dad’s hand, Charlotte happily waved to the crowd gathering outside St. Mary’s Hospital in London. There’s no question the mini royal stole the show!