Nothing is permanent in this world and Bollywood. Well today you will be best of friends and tomorrow you will be foes. It’s surprising and shocking how instantly relationship changes meaning in t

Nothing is permanent in this world and Bollywood. Well today you will be best of friends and tomorrow you will be foes. It’s surprising and shocking how instantly relationship changes meaning in tinsel town. Right now we are talking about Shah Rukh Khan and Hrithik Roshan. Yes! They were one of the best buddies at one point of time and today their cold war is the hottest topic of tinsel town. SAD! There was a time when SRK and HR were captured partying hard with each other. Well not only them, even their wives were BFF’s and today we hardly get to see them mingle. Also Hrithik parted ways with his wife Sussanne Khan two years back.

The cold war between King Khan and Krrish star all began due to the clash of their film Raees and Kaabil. The film will be releasing next year in January 26, 2016. Till early this year, things were fine between the two. SRK had attended Hrithik’s birthday party and they had a ball and that was the last time we saw them together.

A source to us reveals, “SRK and Hrithik hardly talk or meet socially now. They have fallen apart and now the spat has becoming public. But Shah Rukh is still very fond of his dad Rakesh Roshan with whom he’s worked in Karan Arjun and Koyla. Now that their films are clashing things are only looking downhill.”

The clash of their films has indeed soured their friendship which is disheartening. Of late we also saw them avoid talking about each other. During Mohenjo Daro press conference, HR was asked about the clash of Kaabil with Raees. The actor looked disinterested in saying anything and instead said, “Let the directors take the call”. We also saw SRK visiting Hrithik’s house where he had gone to talk about the clash but that didn’t happen coz soon after that when media quizzed SRK about his meeting with HR, he got upset and chose not to talk on it. 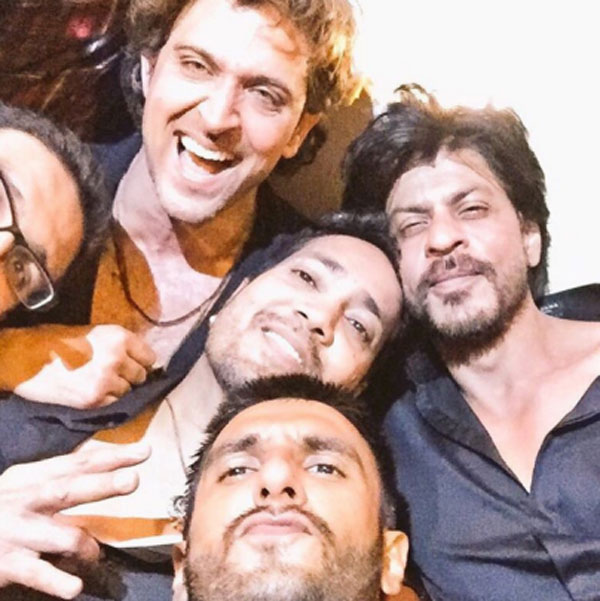