Kareena Kapoor Khan wears royal blue just like a royal would. The style queen was recently seen judging a dance reality show in Mumbai, and we simply couldn’t take our eyes off her chic pantsuit

Kareena Kapoor Khan has just made her television debut as one of the judges on the popular dance reality show, Dance India Dance. The actress recently made an appearance on the show’s set while looking breathtakingly stylish and gorgeous. 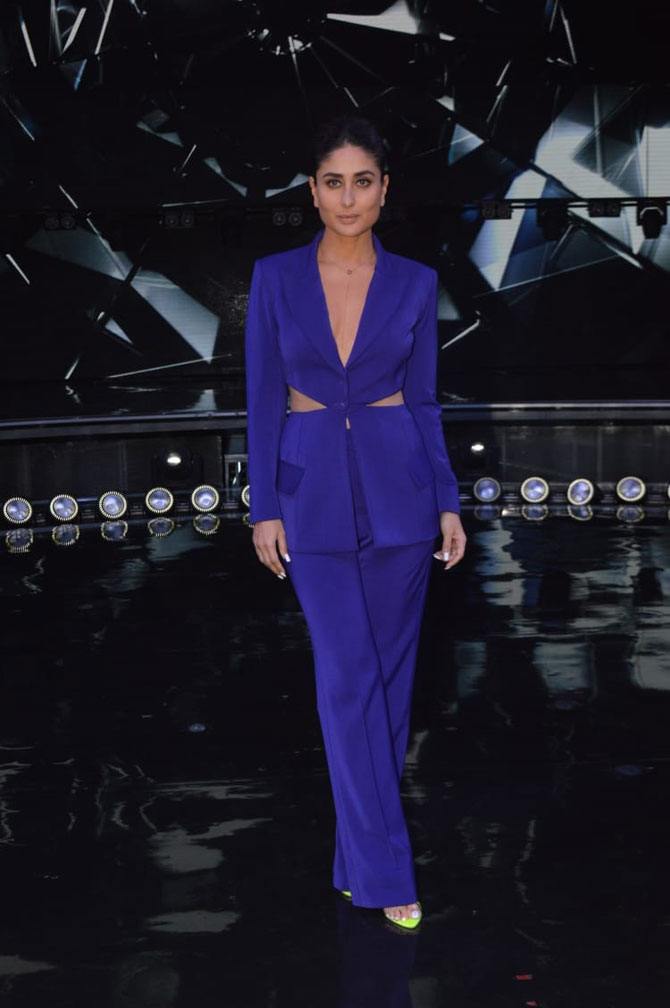 The side cut-outs, plunging neckline and flared trousers make the outfit perfect for a night on the town or a party. Kareena Kapoor wore yellow sandals with the outfit, which provided a nice contrast with the blue of the pantsuit. 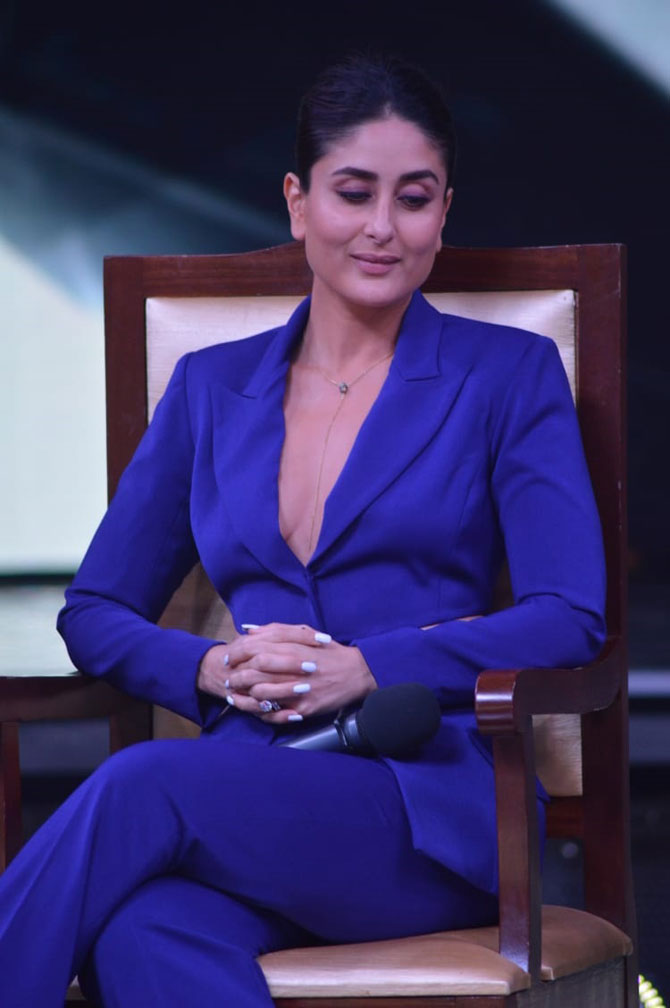 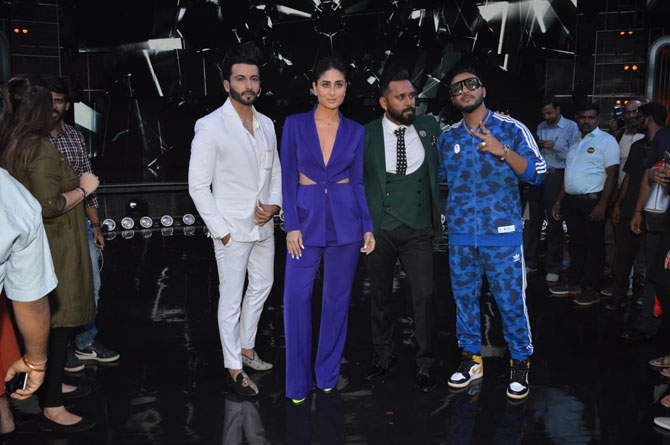 Kareena Kapoor also posed with the other judges of the show, Raftaar and Bosco Martis, and the show’s host, Dheeraj Dhoopar. Talking about Kareena’s TV debut, a source told Mumbai Mirror, “The channel has had several meetings with Kareena as she preps for her big TV debut which will be launched on a big scale. She is slated to leave for London to shoot Angrezi Medium (Dinesh Vijan’s Irrfan Khan and Radhika Madan co-starrer) in June, so the shooting schedule has been planned in a way that she can juggle both commitments. Dance performances are currently being planned on her popular songs.”

On the work front, the 38-year-old actress has completed the shoot of her upcoming film, Good News. Good News features Akshay Kumar, Diljit Dosanjh, and Kiara Advani. We also hear that Taimur Ali Khan has a 10-minute cameo in this film, which is about a couple trying to having a baby.

She is reported to next be seen with Irrfan Khan in Angrezi Medium. Reports suggest that she will essay the character of a cop in this film, which is a sequel to the 2017 Hindi Medium. Not just this, she will also be a part of Karan Johar’s directorial venture, Takht. Apart from Kareena Kapoor, this period drama also stars Ranveer Singh, Alia Bhatt, Vicky Kaushal, Janhvi Kapoor, Bhumi Pednekar and Anil Kapoor.