Malaika is currently giving company to the Ishaqzaade actor, who is celebrating his 34th birthday in New York. She took to her Instagram stories to share a sneak peek from their romantic getaway with Arjun. 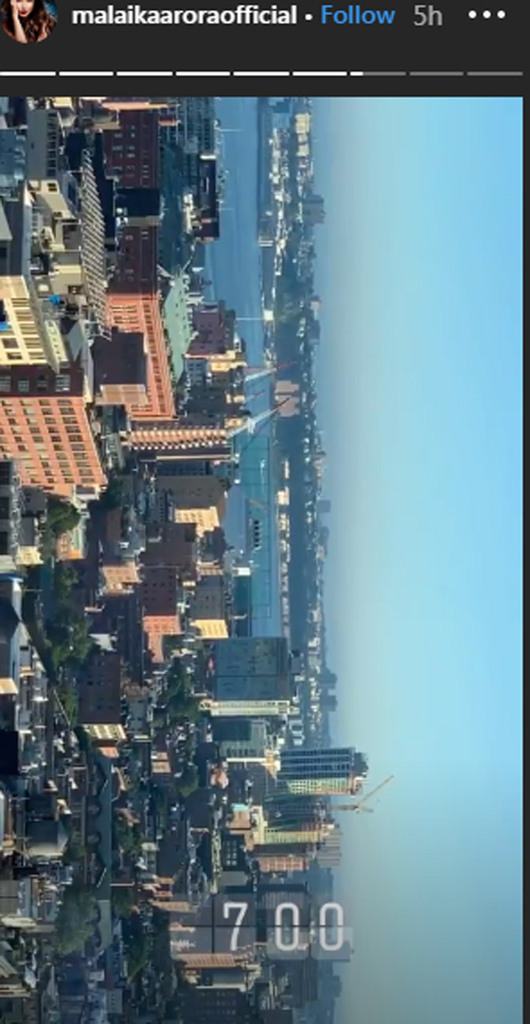 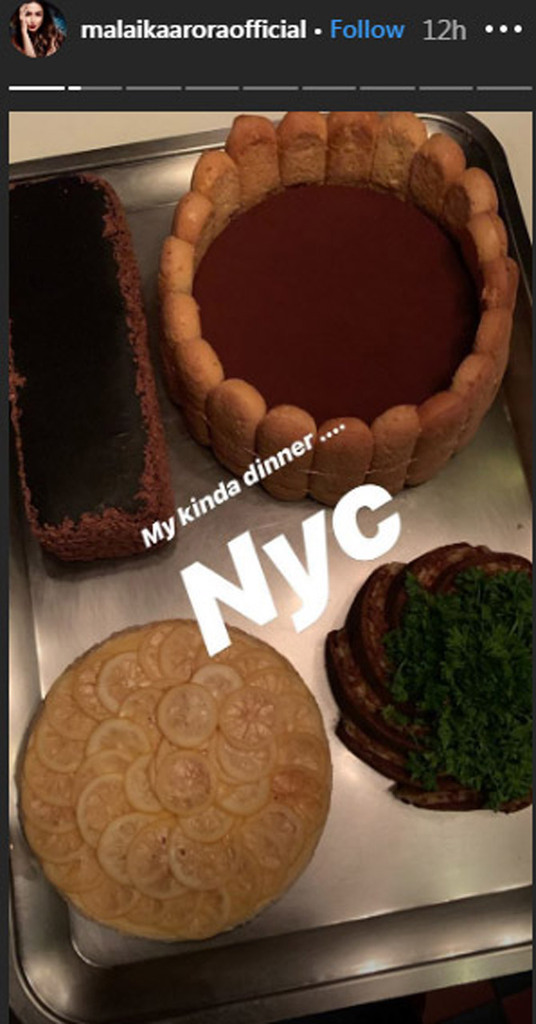 Malaika was married to actor-producer Arbaaz Khan for 18 years before they announced their split in 2016. She is currently dating Arjun Kapoor.

This is not the first time the two have gone out for a vacation together. The couple jetted off to the Maldives, a month ago. After keeping their relationship under wraps for a long time, Arjun and Malaika have now become more open. From dinner dates to parties and film screenings, the couple have been spotted together several times.

After keeping his relationship secret, Arjun finally opened up about his equation with Malaika and said that they aren’t doing anything wrong.

In a recent interview, he said, “We’ve come out because we feel the media has given us dignity. There’s a certain understanding the media has… they’ve been respectful, kind, honest and decent about it. That is why I felt comfortable.”

He also said, “Where the paps are concerned, we give them photos when walking in and out of a place. It is normal. There’s certain ease. We’re not doing anything wrong. I don’t want that story being conveyed that we’re still hiding when we’re not. They understood that.”

However, Arjun said that he is not thinking about marriage presently. He said, “I’m not getting married. I understand why there are speculations. 33 for most people in India is a great age to get married, but not for me. I still have time.”

Arjun will next be seen in Panipat, a historical drama directed by Ashutosh Gowariker. The film also stars Kriti Sanon and Sanjay Dutt. Malaika was seen in the song Hello Hello from the movie Pataakha.