So thoughtful! Kathy Griffin just shaved her head to show her love for her sister, who is battling cancer. Check out these barely recognizable photos of the comedian!

Say what you want about Kathy Griffin, but the fiery comedian is not about half-measures! When she does something, she commits. Sometimes it gets her in hot water, like when she posed with a fake severed head that resembled Donald Trump, 71, in May. Other times she levels you with the courage and compassion of her commitment. Such is definitely the case with some new photos that surfaced of Kathy just after she shaved her head to show her solidarity with her sister Joyce Griffin, who is fighting cancer.

The 56-year-old actress posted a photo of herself feeling her newly shaved scalp and another of her mother, Maggie Griffin, 97, feeling Kathy’s head with a stunned expression on her face. Maggie also posted the images on Twitter with the caption, “My daughter Kathleen Mary is a wonderful human being.” It’s incredibly striking to see Kathy without her signature red locks. Sadly, this isn’t the first time the Griffin family has faced a cancer diagnosis. Just three years ago, the Emmy-winner lost her brother Gary Griffin to esophageal cancer. As for Joyce, she is currently undergoing chemotherapy, according to People.

Kathy has been under attack from critics ever since the gruesome image featuring her and a bloodied replica of the 45th president’s head surfaced. The stunt cost her her New Year’s Eve gig alongside her friend Anderson Cooper, 50, and even led to what she described as “bullying” by members of the Trump family. She has since shared that she’s been cleared by law enforcement of any charges relating to the shocking image, according to Deadline. Regardless, it’s clear that this has been a particularly difficult year for the comedian. It’s also clear that this a family that truly takes care of each other! 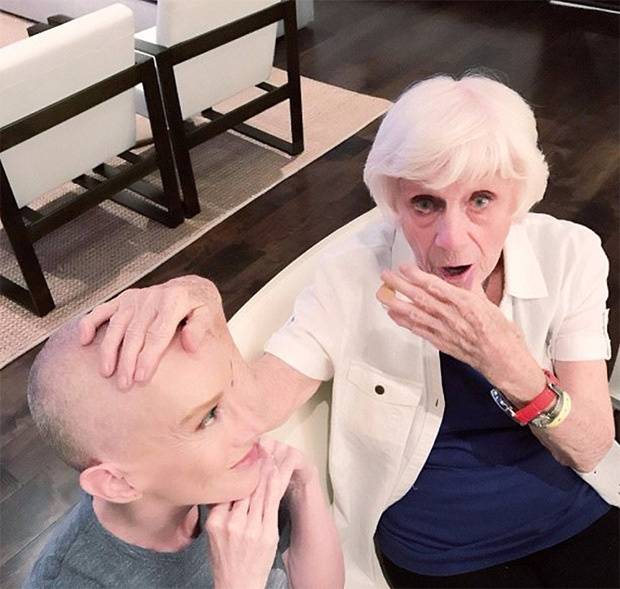