While suits have been in fashion since times immemorial, varied colors have lent this classic style a dash of much-needed experimentation from time to time. Donning one such classic yet contemporary style suit, here’s how Arjun Kapoor redefined sleek and suave. 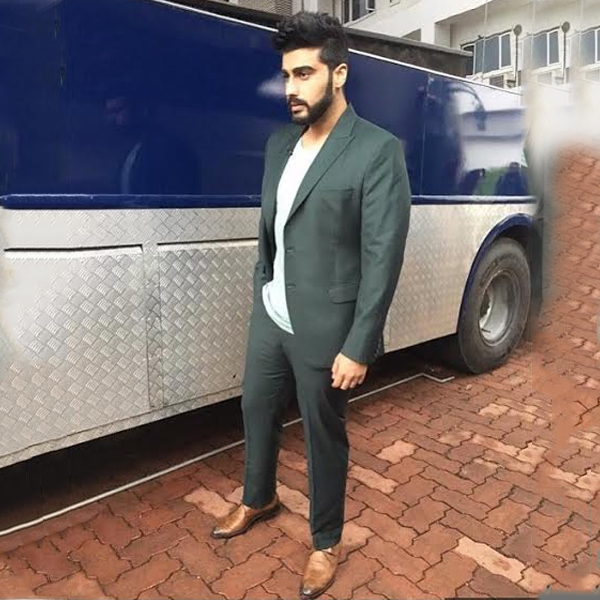 Donning a green colored suit from the label, Anish Rawra, Arjun sported a jumper from Zara and tan brown shoes from Zegna.

BL Style Verdict – Arjun Kapoor
With white shirts being quickly swapped for casual tees, the semi-formal look of a tee with a suit has gained popularity amongst contemporary fashion conscious men. Dabbling in a variety of colors, this is quite an exciting phase for menswear in India as B-town actors like Arjun Kapoor have taken up the task to revamp some classic styles. Green is quite a tricky hue to pull off, especially for men! But the right shade of green can work wonders and Arjun here showed us just the perfect way to pull it off. He was styled by Anisha Jain of StyleCell.

With his beard and hair game being on point, Arjun cut out quite a dapper picture.
BL Style Rating – Arjun Kapoor 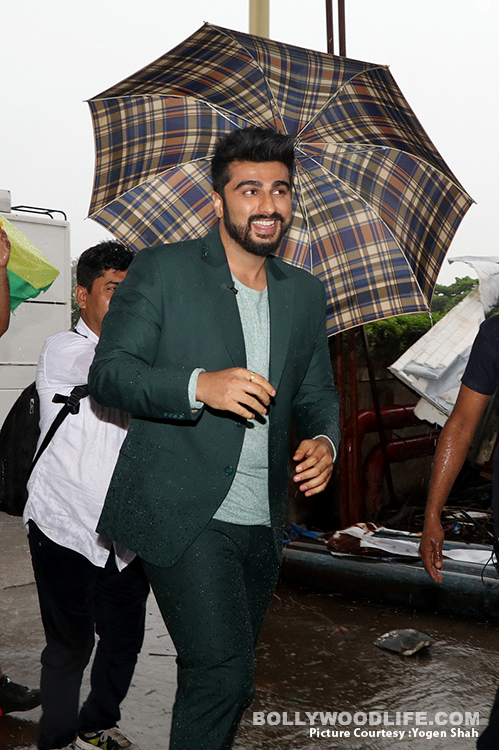 For his unconventional style choice, Arjun scores a perfect style score of 4 on our style meter.