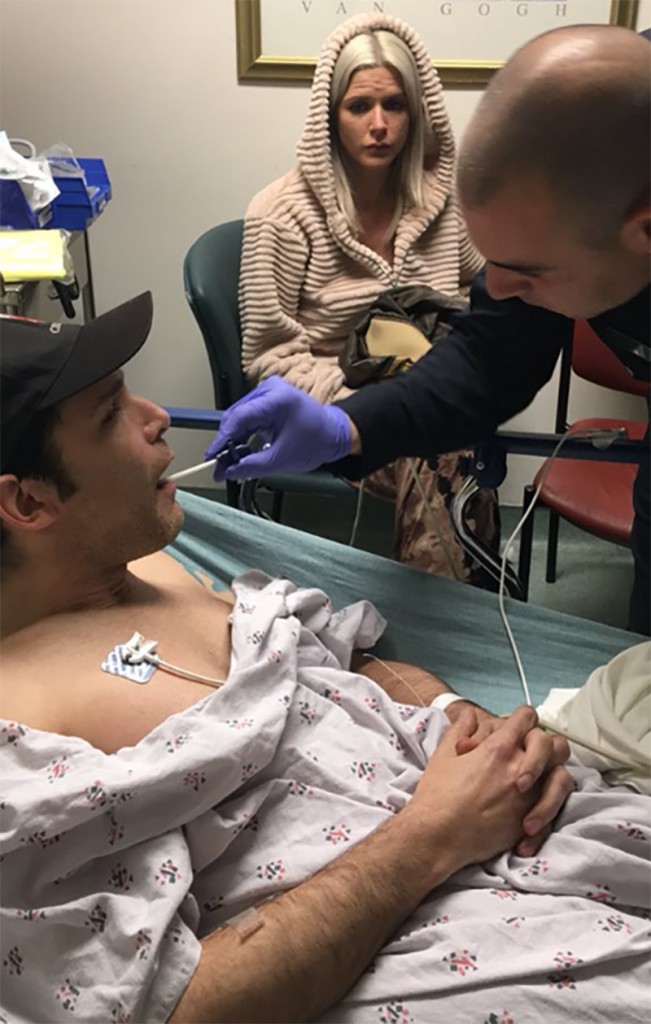 Oh no! Corey Feldman is currently recovering in the hospital after being attacked in his own car on March 27. See the actor’s shocking tweet about the terrifying ordeal here.
Corey Feldman is, luckily, doing okay after being stabbed in his car on March 27. The actor took to Twitter in the early hours of March 28 to reveal what happened, and shared photos of himself getting treated in the hospital. “I’m in the hospital!” he wrote. “I was attacked 2nite! A man opened my car door and stabbed me w. something! Please say prayers for us! Thank God it was only myself & my security in the car, when 3 men approached! While security was distracted w. a guy, a car pulled up & attacked! I’m OK!”

The man who Corey says attacked him was a “total stranger,” according to TMZ. However, Corey added on Twitter that he thinks he might have an idea who could be behind it, as the police are continuing to investigate.”LAPD are currently investigating the case as an attempted homicide,” he shared.”I have had mounting threats on all SM (social media) platforms by this vile “wolfpack” and this I’m sure is a result of those negative actions! I have reason to believe it’s all connected! Enough is enough! how sick are these ppl???”

Corey went on to clarify that three men were part of the attack, but only one of them physically stabbed him. He also added that there are “more details to come,” but that the police have not been able to uncover anything just yet.