This isn’t the first time that Anushka Sharma has joined husband-Indian Cricket Captain Virat Kohli for his match. She has done that in the past too.

Despite occupied with her home production business, Anushka Sharma has taken off time to join her husband and Indian cricket team captain Virat Kohli in England and Wales for his next clash against Afghanistan. The match will take place on Saturday in the ongoing World Cup. The couple was spotted in London earlier this week with one of Virat Kohli’s fan page sharing the news about it on social media.

One of the fan clubs shared the photo on Instagram and wrote: “Virat Kohli and Anushka Sharma on the Old Bond Street in London today.”

This isn’t the first time that Anushka Sharma is accompanying Virat. She has done that in earlier tours and was seen cheering and supporting her husband and the team. She was also there with the team when India toured Australia and England last year. Earlier, the BCCI had not allowed the wives and family members to travel with the cricketers for the first 20 days of ongoing World Cup, which included India’s much-anticipated clash against Pakistan.

It was on June 14 when Anushka Sharma was spotted taking off to London to be with husband Virat. 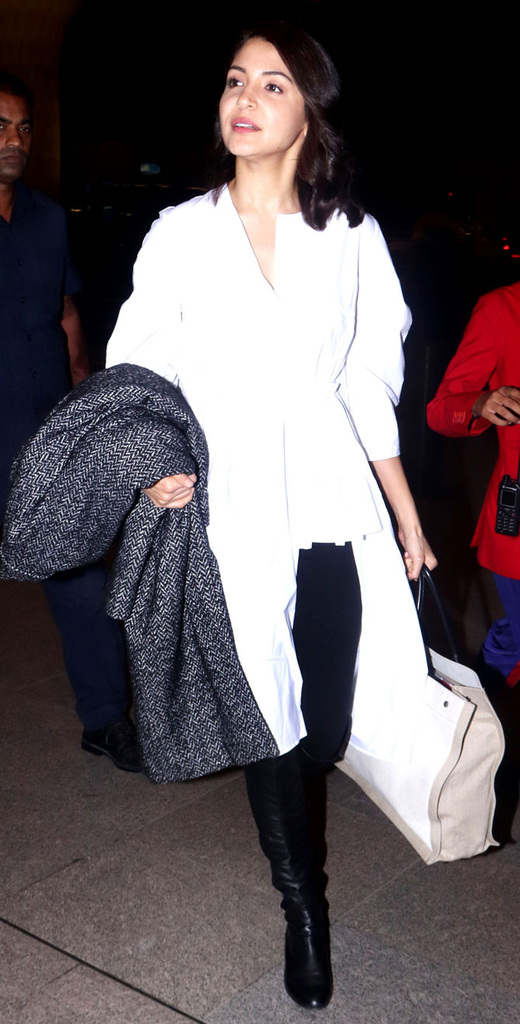 However, it seems the board has now changed its stance and is allowing the family members of the players to travel with the team. After Sunday’s game against arch-rivals Pakistan which India won comfortably by 89 runs (DLS method) at the Old Trafford in Manchester, the Men in Blue were given a two-day break to switch off, relax and come back stronger before their next game against Afghanistan in Southampton.

With three wins in four games (including a washout), India is currently placed at the fourth spot in the points table.

Talking about Anushka Sharma, she was last seen on the big screens in Zero with Shah Rukh Khan and Katrina Kaif. The actress reveals why she hasn’t signed any project after Zero.

Talking about it, Anushka Sharma revealed why she did not sign a film after Zero. The 31-year-old, who also owns her own production house, Clean Slate Films, told Hindustan Times, “I think I have reached that position and security as an actor in my career, where I don’t need to do things or sign films just because I have to fill up time.”