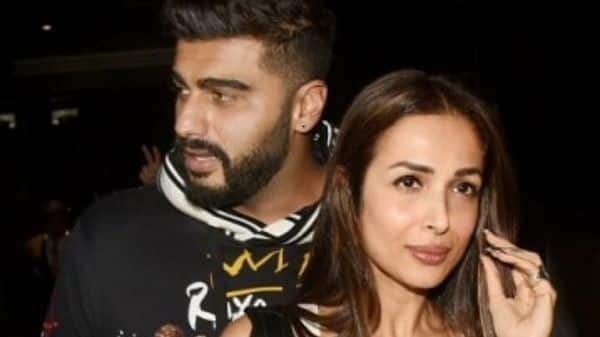 It seems to be a season of changing relationship statuses in Bollywood. While Ranveer Singh and Deepika Padukone have gone from denying their relationship to now being married and Priyanka Chopra all ready to change her engaged status to married in a ceremony at the Umaid Bhavan Palace in Jodhpur, another B-Town couple may have just come out in the open and confirmed their relationship.

Who are we talking about? Well, buzz is that Malaika Arora is dating Arjun Kapoorand they are quite serious about their relationship. However, the India’s Got Talent judge got us on our heels with her recent Instagram photo and left us asking, “Did Malaika Arora just change her relationship status on Instagram?”

Malaika took to the Instagram Stories wherein she posted a selfie wearing a new accessory around her slender neckline. The neck piece features two stone-studded alphabets – A and M – and everyone has jumped to the conclusion that she might have just confirmed her relationship with Arjun.

Recently, Arjun appeared on Koffee With Karan 6 and confessed that he was no longer single. However, the actor refused to divulge any details about his lady love. However, the duo has been spotted together on several occasions. Just last night, Arjun and Malaika were spotted leaving Amrita Arora’s house. There are rumours making the round suggesting that Malaika and Arjun have bought a new house and they could be tying the knot sometime next year.