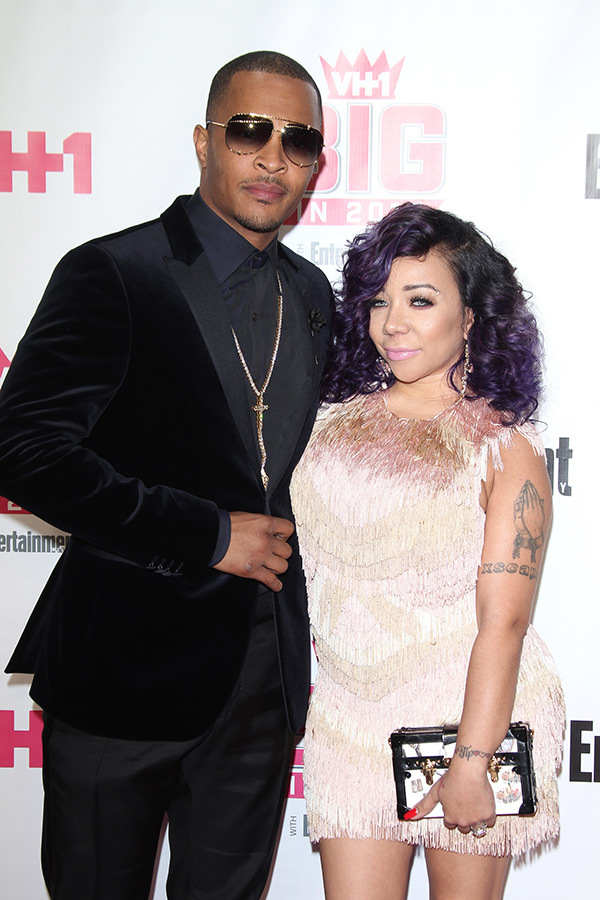 T.I. and Tiny’s vacation has been interrupted by another blowout fight! Tiny’s not feeling T.I.’s Instagram dig at Safaree Samuels, and it’s affecting their relationship, we’ve learned exclusively!

It’s trouble in paradise — literally — for T.I. and Tiny! The recently reunited couple were in the middle of enjoying themselves on vacation with their family, when T.I. majorly messed up, at least in Tiny’s eyes. The rapper made fun of Safaree Samuels, who had been robbed at gunpoint, and that did not sit well with his wife, we’ve learned. One of Tiny’s friends dished that T.I.’s social media behavior was enough to get them fighting again!

“T.I. and Tiny are enjoying family time on their trip to Mexico for the most part, but it hasn’t been perfect,” one of Tiny’s friends told HollywoodLife EXCLUSIVELY. “Last night, they got into it over Tip’s recent Instagram comment. He basically laughed at Safaree Samuels for getting robbed at gun point and Tiny was not happy about it. She’s not a Safaree fan, but she still thinks it was a bad look.

Tiny strongly believes in karma. Laughing at Safaree over something like this is inviting the devil to play, as far as she’s concerned. She tried her best to get Tip to delete the comment but that’s never going to happen. Eventually, Tiny just gave up. She didn’t want to ruin their vacation over this. They’re fine now but the arguing was a downer. No one wants to fight on vacation.”

Ain’t that the truth. But you know what that means!, this couple doesn’t mind fighting so much, because it leads to makeup sex. In fact, Tiny teases T.I. that he starts fights just so they can get busy afterward. After this latest blowout, they’re probably going to enjoy their vacation a lot more.