The next big event of Bollywood, Priyanka Chopra-Nick Jonas wedding, is nearing now and the families arrived today at the Chopra’s old residence in Versova, Mumbai to kick off the pre-wedding ceremonies with a Puja. And after performing the rituals, Priyanka Chopra and Nick Jonas posed for the waiting cameras outside their residence. The couple looked regal in traditional wear and the wedding glee is quite evident. Also seen were Joe Jonas, Nick’s brother, and Sophie Turner who were dressed in traditional attire for the ceremonies. The marriage will take place in Umaid Bhawan in Jodhpur and is said to be a big-fat Punjabi style wedding. The couple will also get hitched as per Christian rituals and both the weddings will take place on December 2nd, 2018 at the picturesque location.

Check out photos of Priyanka Chopra and Nick Jonas after performing Puja here: 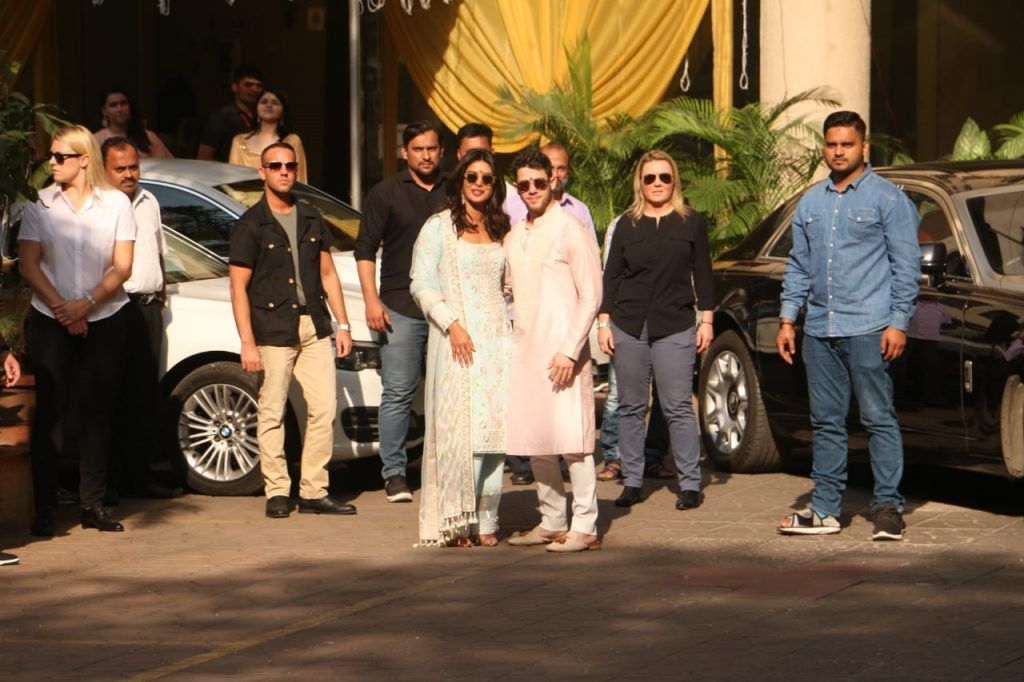 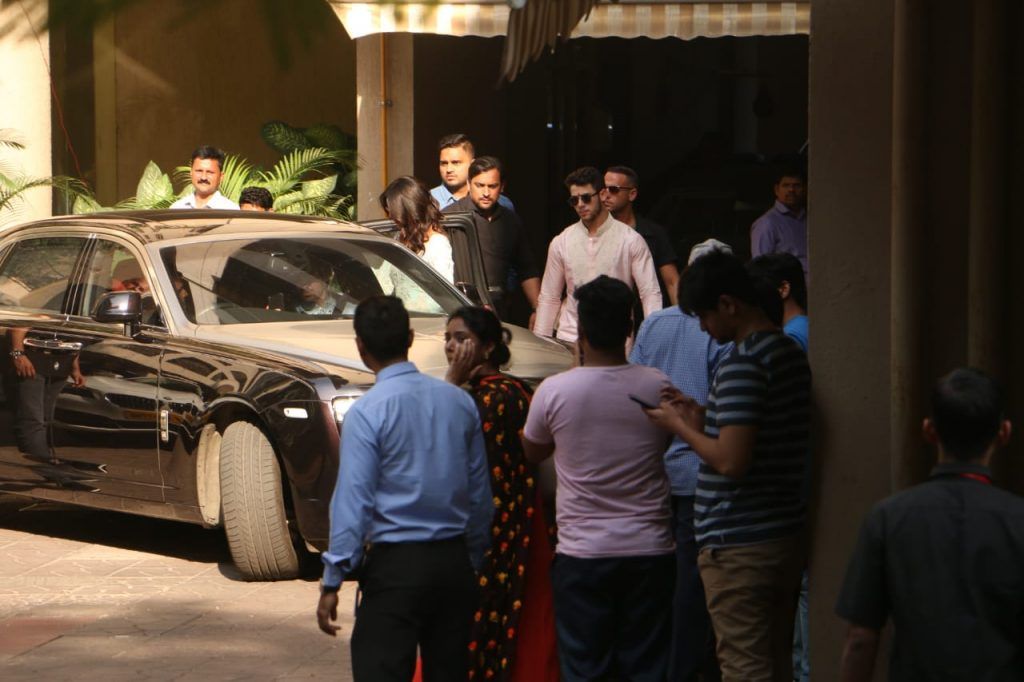 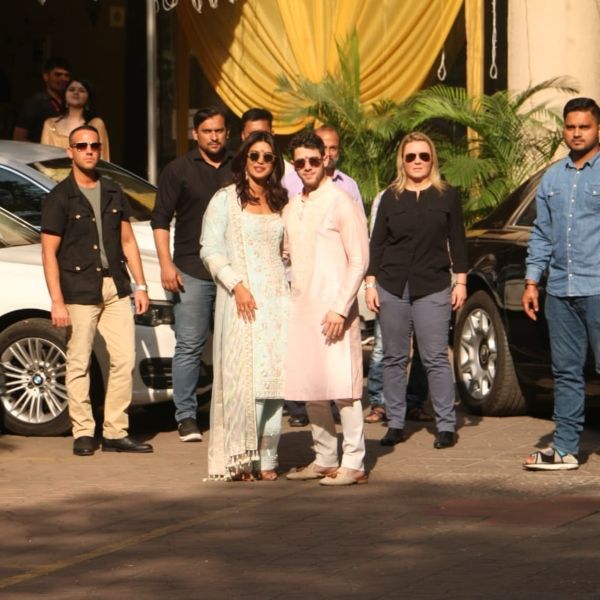 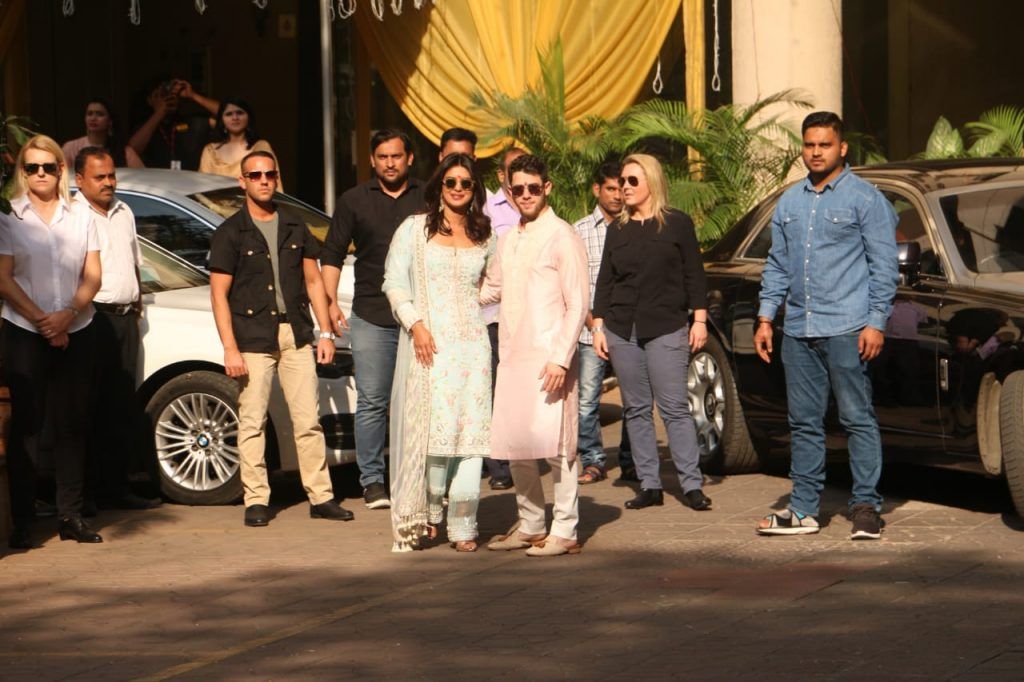 Priyanka and Nick will have a Sangeet on November 29th, 2018 but the family changed the venue at the last minute. The preparations for the wedding have already begun at Umaid Bhawan and the venue has been shut down for public from a week before the wedding. Also, the wedding will have a select guest list and sadly none of the Bollywood celebrities have been invited to the wedding. The couple will host a grand reception for Bollywood in Mumbai few days after the wedding.