New technology would allow movie and music companies to identify users illegally downloading their media off the Internet for free using BitTorrent software and single them out for legal action.
NBC Universal created the “Early Detection of High Volume Peer-To-Peer Swarms” anti-piracy software to catch digital pirates who use P2P networks to illegally download their copyrighted material.
Illegal downloads cost movie and music companies billions in lost revenue and media companies have been fighting for years to stop the theft, according to the patent obtained by TorrentFreak.

“While the P2P infrastructure has many advantages, it also has led to abuses. Piracy of digital assets on peer-to-peer networks incurs losses by content owners estimated in billions of dollars annually.” 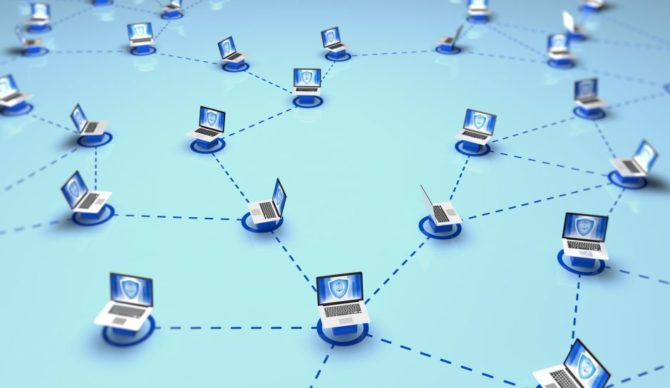 The anti-piracy software would allow Internet Service Providers to stop the huge number of users illegally downloading shows like America’s Got Talent, Heroes, the Tonight Show: Jimmy Fallon, The Voice, and many more.
The software enables ISPs to identify files being shared by large groups of people — when too many people are sharing the same file, an alarm goes off so appropriate action can be taken.
Media companies hate digital pirates because they steal movies and music instead of paying for them and eat away at company profits, but illegal downloaders also cause problems for ISPs. They use up large amounts of bandwidth and create a strain on the network, which can be costly.
The new anti-piracy software from NBC Universal is designed to monitor file-sharing swarms and alert the digital authorities if there’s too many users sharing the same file so a human technician can figure out what’s going on, according to SlashDot.

“There can also be a verification section that confirms that the peer download file matches the target file.”

Once a swarm has been identified as highly active, humans at the ISP control board can take appropriate action such as a warning issued to customers or a lawsuit filed against illegal downloaders, according to TechWorm.
“The early detection provides for enhanced anti-piracy efforts, improved allocation of network resources, and better business decision-making.”
The anti-piracy software patent also includes suggestions for ISP’s to use the technology to monitor their networks and place data caps on suspected illegal downloaders.
The patent for this anti-piracy technology was filed back in 2009 and only granted last week, but it’s not clear that NBC Universal intends to actually use the technology or if it will sit on it. The anti-piracy software is not without controversy; the media giant’s parent company, Comcast, faced serious backlash from its customers when it tried to throttle BitTorrent traffic back in 2007.
What the patent doesn’t address is the reason people are downloading movies and music illegally in the first place.
Common wisdom says people usually illegally download movies and music off the Internet because they don’t have enough money to pay for the content, but a survey by the Sydney Morning Herald shows that’s not entirely true.
They discovered that higher earners were more likely to illegally download copyrighted material and at least 31 percent of digital pirates had paid subscriptions to TV or digital content like Hulu and iTunes.
The most common reason people illegally download movies and music: they want to get it before anyone else.

Illegal downloads cost media companies billions of dollars in lost revenue and peer-to-peer networks are the biggest perpetrators of the growing digital crime, according to Gadgets360.
“These costs are typically passed along to the consuming public in terms of increased costs for legitimate purchased works and higher charges for increased deterrents to the piracy.”
Does the new anti-piracy software make you less likely to illegally download movies and music off the Internet?