Lipstick Under My Burkha is a movie about the secret lives of four women in search of freedom.

The movie Lipstick Under My Burkha will have its World Premiere at the 29th Tokyo International Film Festival to be held from Octoer 25 to November 3. Directed by Alankrita Shrivastava and produced by Prakash Jha, the film is set in the crowded lanes of a small town and chronicles the secret lives of four women in search of freedom.
Lipstick Under My Burkha features Konkona Sen Sharma, Ratna Pathak Shah, Aahana Kumra and Plabita Borthakur, among others.

Expressing her excitement about the movie being screened at the Tokyo Film Festival, the director said in a statement: “The landscape of small town India is rapidly changing, and women are finding the courage to think about what they truly want. Their secret dreams and veiled desires – just on the verge of breaking out. It is this point of transition that Lipstick Under My Burkha explores. Though locally rooted, it is a story with universal resonance. And I am delighted to begin the film’s journey at the esteemed Tokyo International Film Festival.”
Meanwhile, Konkona Sen Sharma is also delighted about the event. “It is truly an honour to have our film premiere at the Tokyo International Film Festival. I’m particularly excited because it is in a competitive section at such a prestigious festival,” she said. 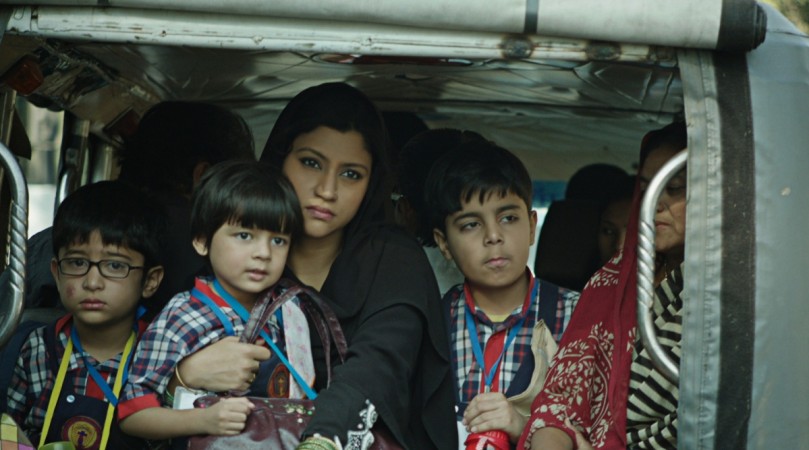 Ratna Pathak Shah added: “I am thrilled to be a part of this brave film that explores desire in the context of a changing India. And I am delighted that our film will premiere at the Tokyo IFF. It is wonderful news.”