Don’t mess with Jim Carrey. He’s not taking the wrongful death suit recently posed against him lying down. After the accusation was made that he is responsible for the death of his late girlfriend, Cathriona White, he has released a statement making it clear he’s not to blame.
“What a terrible shame. It would be easy for me to get in a back room with this man’s lawyer and make this go away, but there are some moments in life when you have to stand up and defend your honor against the evil in this world,” Jim Carrey, 54, said in the statement. The actor is being sued by his late girlfriend Cathriona White‘s ex husband, Mark Burton, for allegedly facilitating her suicide due to drug overdose. “This is a case about Jim Carrey using his immense wealth and celebrity status to illegally obtain and distribute highly addictive and, in this case, deadly, controlled substances,” the wrongful death lawsuit, filed on Sept. 19 in Los Angeles, states. 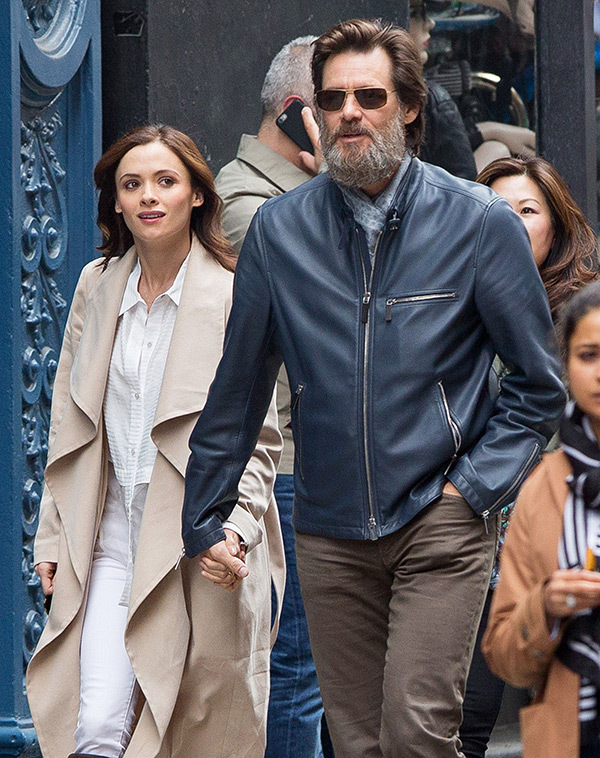 “I will not tolerate this heartless attempt to exploit me or the woman I loved,” Jim continued in his statement. “Cat’s troubles were born long before I met her and sadly her tragic end was beyond anyone’s control. I really hope that some day soon people will stop trying to profit from this and let her rest in peace.” The suit claims that the comedian gave Cathriona the prescription drugs that killed her, even though he was aware of the makeup artist’s suicidal thoughts and depression. Her fatal overdose occurred on Sept. 24, 2015, with the pills allegedly found near her body.

Jim clearly is very hurt by the accusations and wants to make the whole thing go away. But he also appears to be strong enough to face the matter head on. How tough that must be given the pain he could still feel over her untimely death. We hope everything is resolved in a way that does no harm to Cathriona’s memory.