It looks like we know who to call for impeccable summer red carpet style. Ghostbusters’ leading ladies rocked the red carpet at the reboot film’s premiere yesterday evening in Los Angeles. Melissa McCarthy, Kristen Wiig, Leslie Jones, and Kate McKinnon brought summer brights to the event in eye-popping hues of yellow, pink, coral, and blue. Last month marked the 32nd anniversary of the release of the original in 1984 and the female-led remake is set to hit theaters this week. 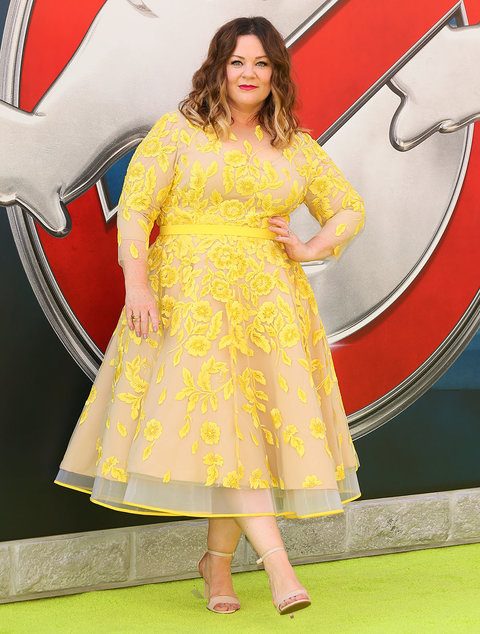 McCarthy glowed in a gorgeous sunshine yellow number. The ’50s-inspired custom creation was comprised of lacy floral embroidery that served as a bright contrast overlayed against a subdued beige slip beneath. The voluminous skirt flared out and hit just above the ankles, imparting a new take on old Hollywood style. The Boss star finished off the look with strappy cream heels and a bright red lip, wearing her ombre tresses in loose waves. 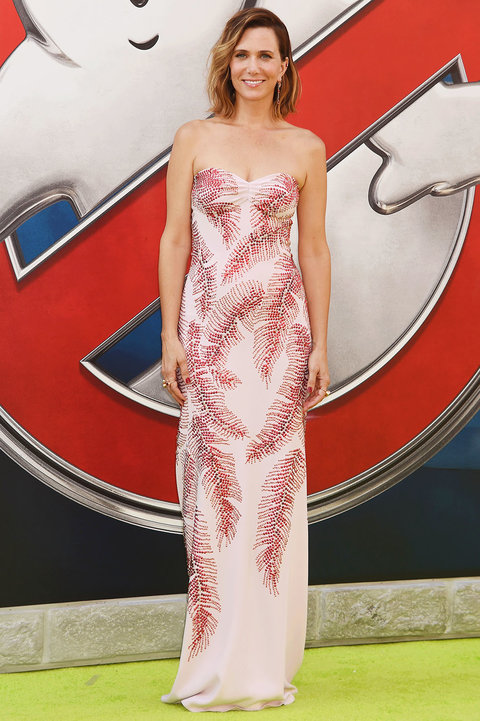 Wiig was pretty in pink, turning up the heat in a strapless floor length design adored in tropical palm prints. The SNL veteran opted for a natural look, looking lovely with a side-swept part and minimal makeup. 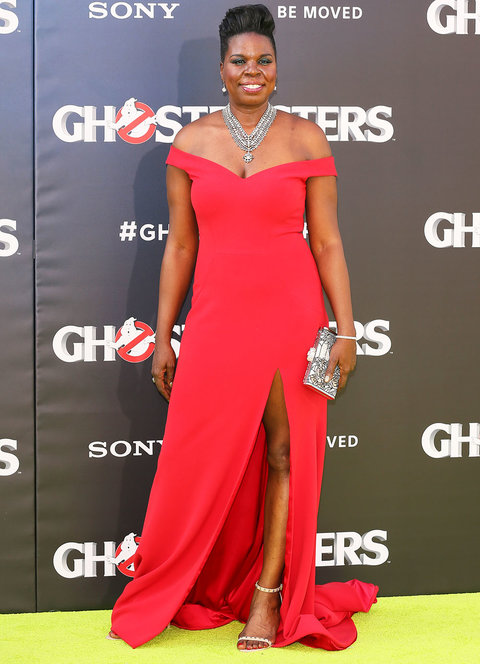 Jones went even bolder with an off-the-shoulder gown in bright coral. Earlier this month the comedian tweeted that designers refused to dress her for the premiere, to which designer Christian Siriano responded with a raised hand and waving hand emojis. The designer didn’t disappoint. Jones was beaming in the knockout ensemble that boasted a side slit and sweetheart neckline. The star completed her red hot look with a layered diamond necklace and matching clutch. 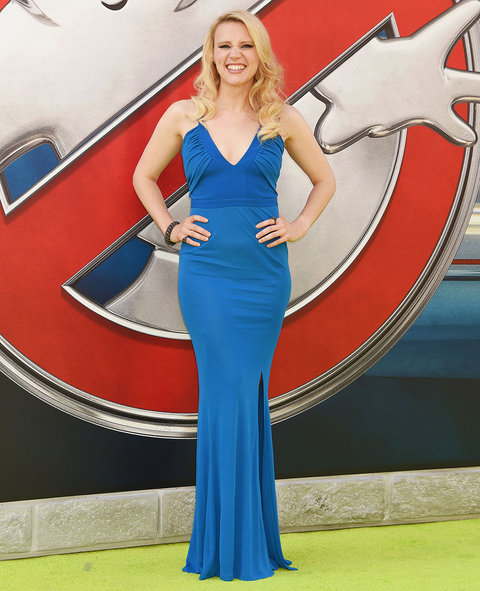 McKinnon looked every bit the part of screen siren hitting the red carpet in a form-fitting blue gown with her blonde locks in long curls. Like Jones, her dress also showed of a little leg by way of side split and a low v-neckline.