After nearly 9 years of marriage, Channing Tatum & wife Jenna Dewan are calling it quits! Read their shocking joint statement here!
Love is officially dead! Channing Tatum, 37, and Jenna Dewan Tatum, 37, have “lovingly chosen to separate” after nearly 9 years of being married, and we’re beyond devastated. In an official statement, the former couple confirmed the shocking split. “Hey world,” they wrote in their joint statement to People. “So… We have something we would like to share. First off, it feels odd that we have to share this kind of thing with everyone, but it’s a consequence of the lives we’ve chosen to lead, which we also happen to be deeply grateful for. We’re living in an incredible moment in time, but it’s also a time where truth can easily get distorted into ‘alternative facts’ 😉 So we want to share the truth so you know that if you didn’t read it here then it’s most certainly fiction.”

After this intro that almost feels like they were going to make a more positive announcement, the couple confirmed that they were breaking up. “We have lovingly chosen to separate as a couple,” Channing and Jenna went on to reveal. “We fell deeply in love so many years ago and have had a magical journey together. Absolutely nothing has changed about how much we love one another, but love is a beautiful adventure that is taking us on different paths for now. There are no secrets nor salacious events at the root of our decision — just two best-friends realizing it’s time to take some space and help each other live the most joyous, fulfilled lives as possible.” First Jennifer Aniston, 49, and Justin Theroux, 46, melt our hearts by announcing their split, and now this? What gives, 2018?!

However despite announcing their split, the two seem adamant about keeping it amicable. “We are still a family and will always be loving dedicated parents to Everly [5],” They continued. “We won’t be commenting beyond this, and we thank you all in advance for respecting our family’s privacy. Sending lots of love to everyone, Chan&Jenna.” 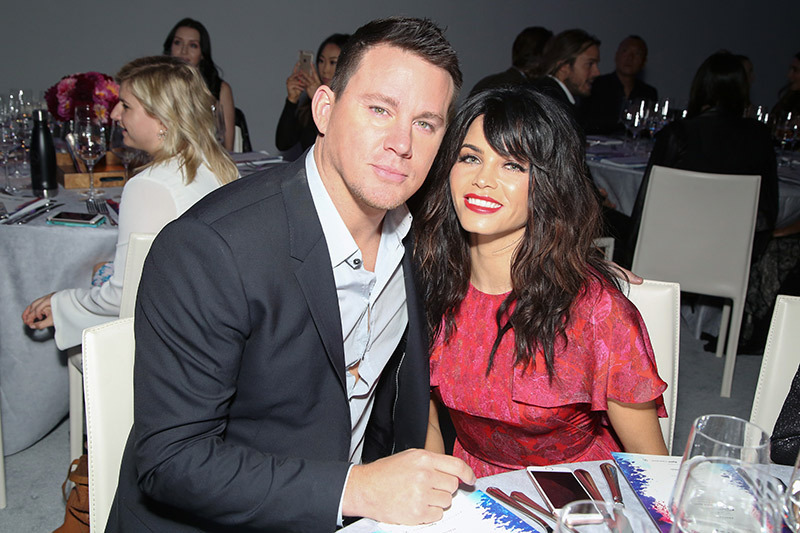