Angelina Jolie was the one to pull the plug on her long-term marriage to Brad Pitt, but HollywoodLife.com has EXCLUSIVELY learned she has ‘thought about reconciling’ with him. Apparently, there are ‘a lot of good reasons for them to get back together.’

Angelina Jolie, 41, is missing Brad Pitt, 53, even though they’ve been going through a bitter divorce for several months now. There have been thoughts of reconciling, but will they actually do it? Here’s what we know.
“Part of Angie will always love [Brad], and yes she’s even thought about reconciling. There are obviously a lot of good reasons for them to get back together, especially for the kids. But Angie still has too many scars from their bad times. There is still a lot of resentment on both sides. Brad was deeply wounded by the whole split and custody situation so any thought of reconciliation right now is not happening,”
So there’s no reconciliation in the works right now, but that doesn’t mean one won’t happen in the future. Our source seems to say there’s always a chance! And it would certainly make sense if Brad and Angelina got back together — they have a lot of history. “Her time with Brad was by far the deepest, most fulfilling relationship of her life. Those feelings didn’t just stop the day she left,” our source adds.

As we previously told you, Angelina filed for divorce from Brad in September 2016 after being together for more than a decade. 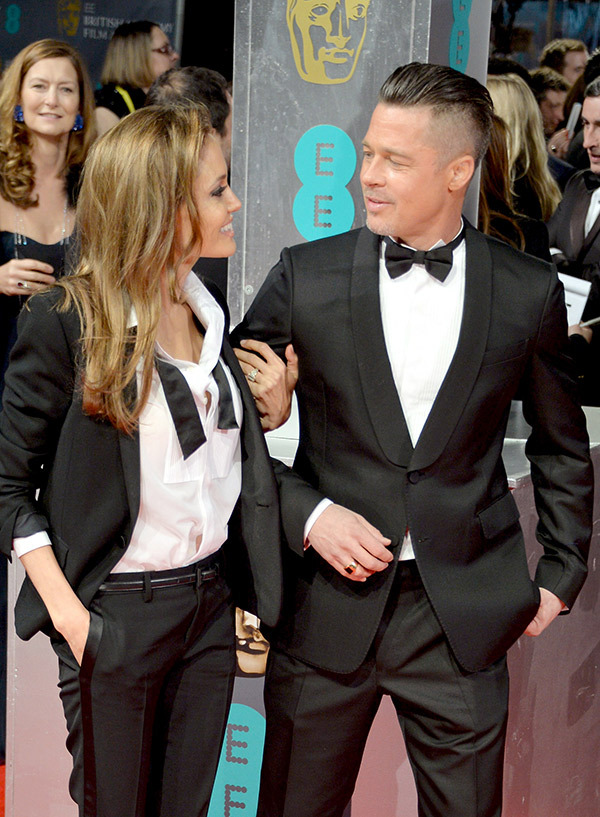