Aishwarya Rai Bachchan
The actress was seen casting a spell of black magic right from the moment she stepped on the red carpet wearing a sequined feather gown by Faiz Zariwala. What we love the most about this attire was the long trail which elevated the look further. While we are totally digging this look, we wish Aish had experimented with her attire this time. 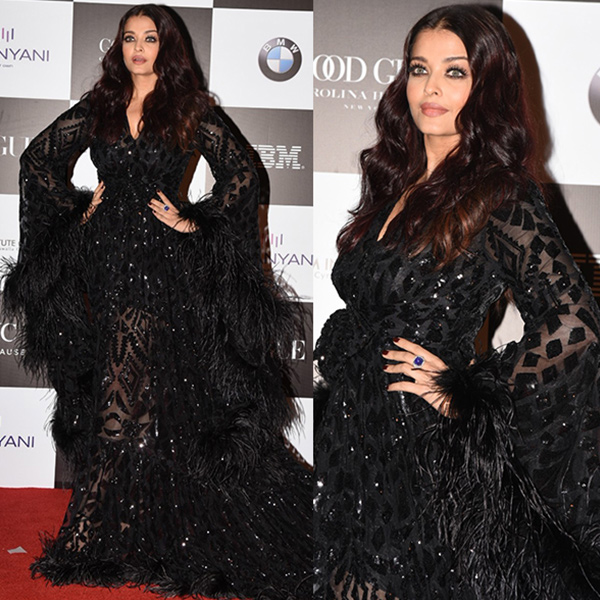 Twinkle Khanna
Twinkle won hearts with her simple-yet-elegant red carpet attire. The actress walked in wearing a tangerine dress by Anita Shroff and paired it with a contrasting green clutch for the night. It wouldn’t be wrong to call her the king of bright solid colors. The actress is known to pull off these bright shades with ease. Earlier, too, during the recently concluded season of Koffee with Karan, Twinkle grabbed eyeballs as she made an appearance in an electric pink blazer which got a thumbs up from the fashion police. 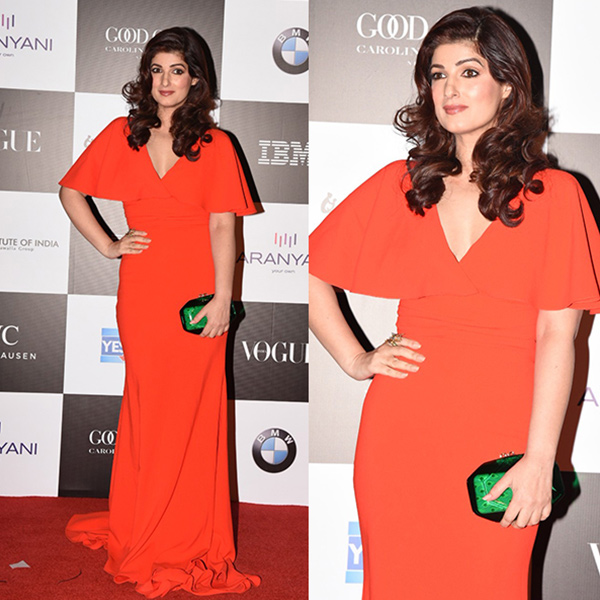 Anushka Sharma
Anushka shines bright at the red carpet. The actress opted for a one-shoulder silver gown by Falguni and Shane Peacock with feather detailing towards the bottom. What we love the most about this look is how Anushka opted for a sleek ponytail which elevated the dress further. Sporting minimal makeup and accessories for the night, Anushka let her attire do all the talking for her. 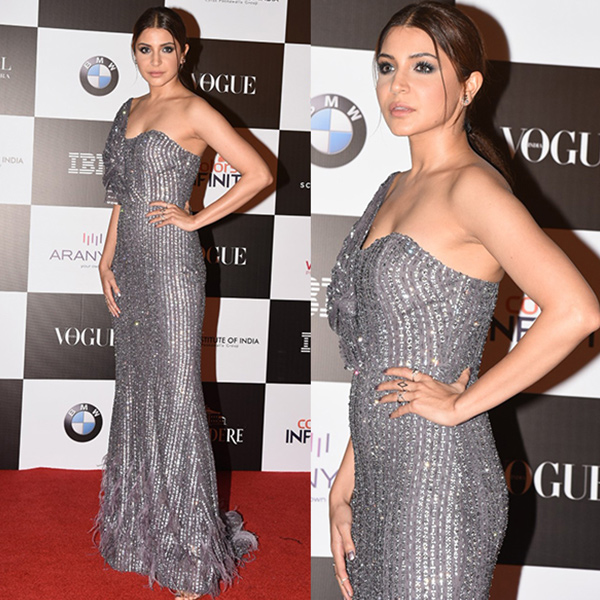 While we usually see actresses pull off a solid red gown with an interesting cut to it, Athiya manages to make sheer work in red. The star kid was seen donning a body-hugging gown by Sachin and Babi with rose embroidery and a sheer veil towards the bottom. Athiya has always been a fashion police favourite for her unique styling. Athiya gets a thumbs up for her vintage look for the award show. 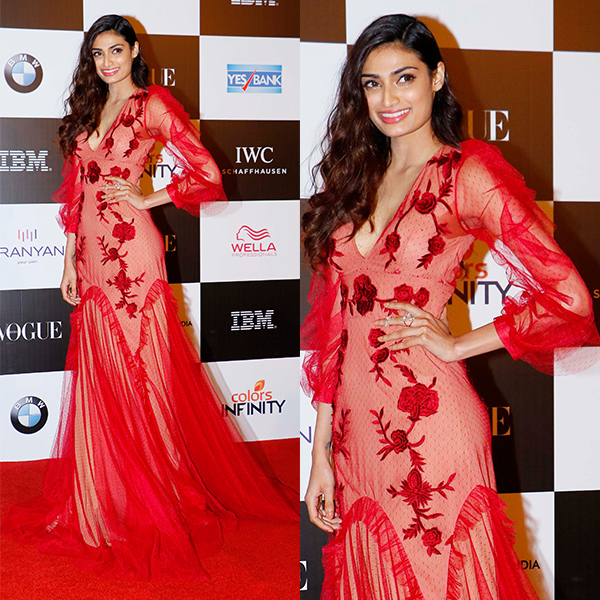