For the littlest moviegoers, this summer season has provided a bounty of wonderful features. So why can’t adults have the same luck?

While the last few months have been pretty dire for moviegoers seeking the large-scale satisfactions that blockbusters can provide, my seven-year-old has had a nearly perfect summer at the movies. From “The Jungle Book” to “Kubo and the Two Strings,” it’s been a great summer to be a kid — or a chaperone.

The summer hasn’t been a total wasteland. As Vulture’s Mark Harris pointed out, movies aimed at older audiences, particularly older women, have been reliable arthouse hits, and audiences who see past the glare of studio marketing campaigns have had plenty to choose from: “Swiss Army Man,” “The Fits,” Don’t Think Twice,” “Love & Friendship” and “Hunt for the Wilderpeople,” to name a few. But there’s a particular itch that only a sweeping spectacle can scratch, and movies like “Suicide Squad,” “X-Men: Apocalypse” and “Ghostbusters” went after that itch with steel wool and a blowtorch. Even when they hit their mark, they left a scar.

Movies aimed at kids aren’t immune from that lamebrain approach. I’ve saved my child, and sometimes myself, from some of the summer’s more egregious kiddie-focused cash-ins. Like any loving parent, I’ve kept her from the abomination that is Disney’s “Alice in Wonderland” travesty, and we’ve bypassed the latest “Ice Age” and “The Angry Birds Movie.” Still, even factoring those in, a kid-movie summer that includes “Finding Dory,” “The BFG,” and “Pete’s Dragon,” still comes out far ahead.

Why are kids winning the summer? As BuzzFeed’s Adam B. Vary documents, the industry’s reliance on franchise films reached new heights in 2016, and among the children’s movies I’ve mentioned, only “Kubo” is without ties to an existing property. (It’s also, tragically, a true box-office bomb, a $60 million production earning only $12 million in its opening weekend.) But with the exception of “Finding Dory,” the movies’ ties to their predecessors are largely notional.

Notwithstanding the awkward insertion of a couple of musical numbers, Jon Favreau’s “Jungle Book” is entirely distinct from its animated predecessor, much darker in tone and closer to Rudyard Kipling’s original (only with, you know, less racism). A tie to an established favorite helps ease a project through development, but it’s not enough to intrigue audiences far too young to appreciate the connection. Compare “Pete’s Dragon,” which threw out all but the title of the 1977 original, with the new “Ghostbusters,” which couldn’t go more than a few minutes without some strained bit of fan service. 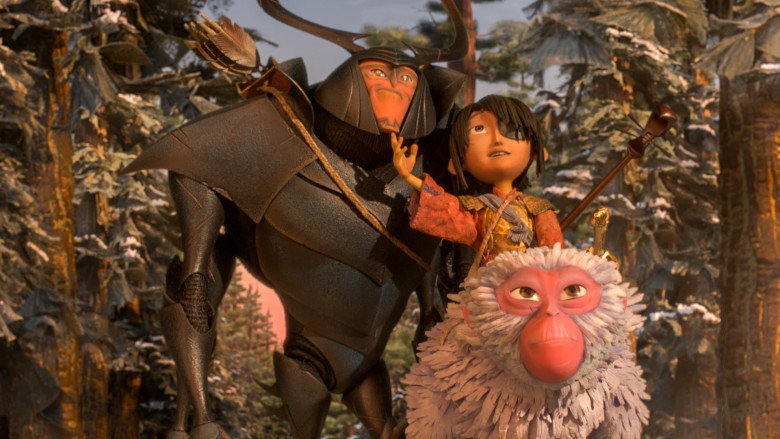 Kids can be swayed by the familiar: Look at “The Secret Life of Pets,” which is effectively a re-skinned “Toy Story.” But they’re also open to newness in a way that the minds of their parents often are not. It’s hard to imagine a grown-up equivalent to “Zootopia,” an imprecise, problematic, and still provocative allegory about systemic racism, grossing $340 million domestic, especially one with a story that isn’t drawn from a comic book or a bestselling novel.

For all its mechanical plot beats, “Finding Dory” is also a heartbreaking tale of a special-needs child separated from her parents. What are the chances of a studio committing $200 million to a similar story that wasn’t about talking fish? Movies like “Captain America: Civil War” and “Jason Bourne” stated their politics up front, but they didn’t stand up to close examination, fearing that audiences would lose interest without a punch-up or chase scene every few minutes. “The BFG” and “Pete’s Dragon” are blissfully unencumbered by this need for incident, able to dwell in moments and savor them without apology or anxiousness.

There’s another, more elusive quality that makes the summer’s best children’s movies so special: As “Pete’s Dragon” bluntly puts it, it’s magic. There’s plenty of spectacle in ostensibly grown-up blockbusters, but whether it’s “Apocalypse,” “Independence Day: Resurgence” or “Ben Hur,” it all starts to look the same, one CGI-ed shaft of light or simulated death-defying stunt after another. 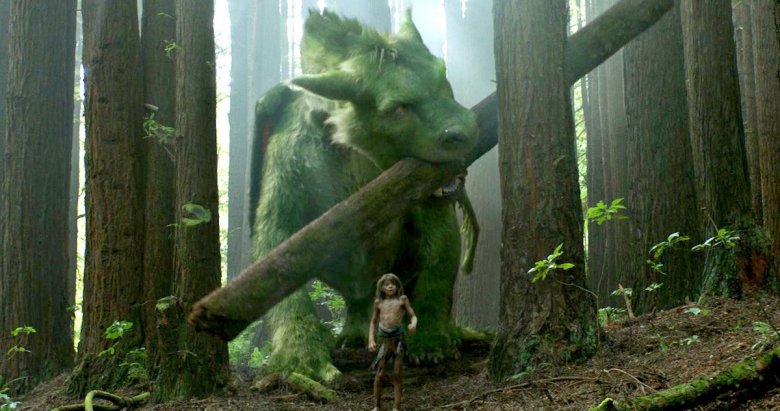 Compare that to the sequence in “Kubo and the Two Strings” when a young demigod crafts a seaworthy ship out of autumn leaves, a russet-and-gold vessel of pure imagination. It’s the kind of moment so many movies strain for and fall short, enough to leave you as slack-jawed and misty-eyed as if you’ve just seen your first bonafide dragon. Much of the effect is down to Laika’s marvelous animation, which combines the seamlessness of cutting-edge technology with the ancient pleasures of early cinema, but it’s also tied to the audacity of the idea behind it. It beats the hell out of one more ruined cityscape, one more shaft of menacing light cutting a hole through the clouds.

Not all of these movies have been box-office smashes; there’s a painful irony to the moment in “Kubo and the Strings” when an old woman assures the movie’s confident young storyteller, “They’re gonna be throwing money at you — I just know it.” And though “Suicide Squad’s” precipitous week-to-week dropoff provides some comfort, its record-breaking opening is proof that the studio’s crassest, most quality-averse strategies can still pay huge dividends.
Still, after a summer when the vast bulk of Hollywood’s sure things fell short of expectations, the studios might want to consider giving the people who make movies for adults some of the leeway they extend to those who make movies for kids. Treating grown-ups like children doesn’t have to be a bad thing.