Sidharth Malhotra and Katrina Kaif are looking smoking hot together in their upcoming film Baar Baar Dekho. This time travel love story will be their first film together. Sid and Kat are leaving no stone unturned to promote their film. The songs are already a hit and trailer also looks exciting. 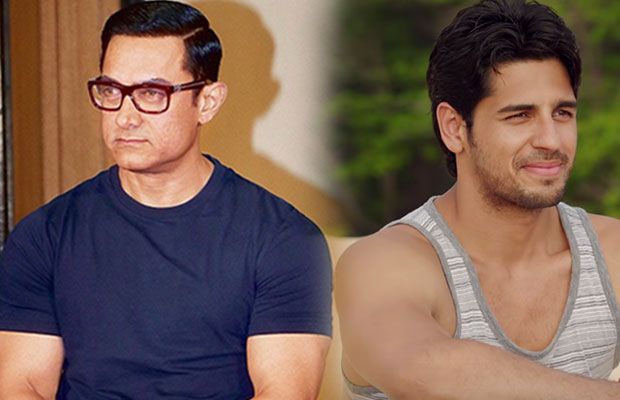 Well, we all are loving how Sid is looking in the entire trailer. Also, the title ‘Baar Baar Dekho’ is suggested by Sid himself. According to a tabloid, Sid wasn’t the first choice for the film. Aamir Khan was initially offered the film. Aamir even liked the script and was looking forward to work in the film. Unfortunately due to date issues, he couldn’t be a part of the film. Hence, this is how the Ek Villain actor got the part. Well, after having a look at the trailer and chemistry, Sid is the perfect choice to play Jai’s role.

Directed by Nitya Mehra, the film will release on September 9. Sid and Kat will be seen in different looks in the film as it is a kind of time travel love story. The film will clash with Sohail Khan’s Freaky Ali, starring Nawazuddin Siddiqui in the lead role. Freaky Ali is based on the game of golf. Both the films look promising, this is yet another clash which could not be missed.

Apart from this, Sid will next be seen with Jacqueline Fernandez in the film Reloaded. It is touted to be a prequel of Hrithik Roshan starrer Bang Bang. On the other hand, Kat and Fawad Khan are apparently a part of Dharma’s next titled as Raat Baaki.