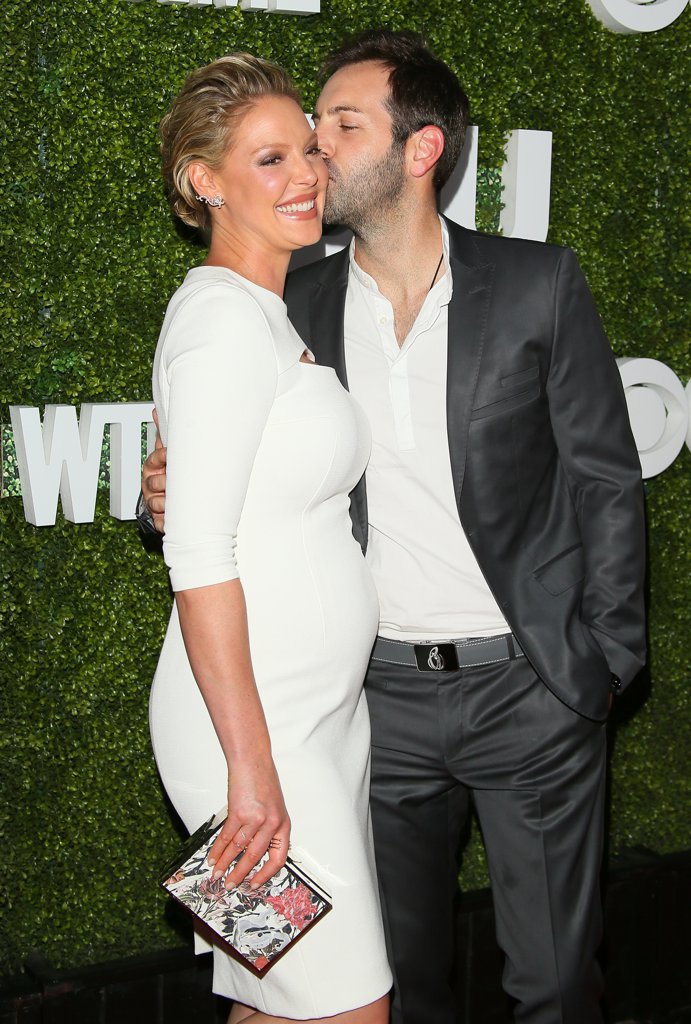 Katherine Heigl definitely has that pregnancy glow! The actress stepped out for a fun date night with her husband, singer Josh Kelley, on Wednesday when she attended the CBS, CW, and Showtime Summer TCA party in West Hollywood. Dressed in a sleek white dress, Katherine cradled her growing baby bump while getting sweet kisses from Josh as they posed for photos. She also met up with her Doubt costars Laverne Cox and Dreama Walker on the red carpet. Katherine and Josh, who wed in 2007 and are parents to their two adopted daughters, Naleigh, 7, and Adalaide, 4, announced in June that the actress is pregnant with their third child.

Besides her exciting pregnancy news, the actress has been making headlines this week for a few other reasons. Her Knocked Up costar Seth Rogen recently opened up about the comments she made back in 2008 about the hit film being sexist, saying his trust was “somewhat betrayed” by her interview, but that he still “really likes her.” Katherine then responded by recently telling Us Weekly, “I think that he’s handled that so beautifully, and I just feel nothing but love and respect. And it was so long ago at this point, I just wish him so much goodness, and I felt that from him, too.”