The modern studio system is, in very polite language, set in its ways. At least, that’s what the analysts and creative types would tell you, and it’s a hard point to argue against. One of the people who probably has the most to say about the subject is renowned TV show-runner, and former gatekeeper of the Marvel Cinematic Universe, Joss Whedon, and he laid down a detailed schematic about what he feels is wrong with Hollywood today that’s hard to argue against.

We were on hand for Whedon’s hour-long talk at San Diego Comic Con, and what we’re about to share with you came from the answer to a question in the audience. That query basically asked the director of The Avengers: Age of Ultron how to be a successful filmmaker in the modern climate of independent film playing David to the studio run system’s Goliath. Joss Whedon, in his personal wisdom, had the following remarks to deliver:

“It’s gotten to a state where movie studios are pretty relentless about trying to have an in before they start production. That’s not the case for all films, but it is the case for a ton of them, especially the big-budget ones. Part of the problem is there’s a dialogue going on between audiences and studios that is devolving, because they keep finding a lower common denominator. This doesn’t mean the films are bad — it just means that the ways in which they’re approaching what they’re going to make have become kind of ossified. At the same time, audiences are more likely to turn out for something that they already know or like. The problem is that there isn’t really a willingness by a lot of people to go into something that they don’t already know. None of this helps you by the way, sorry. But it’s something that needs to be addressed.”

In true Whedon fashion, there’s a lot to unpack here, but it’s all pretty valid if you’ve been keeping an eye on box office trends and grosses over the past couple of decades.

To a certain point, modern studios have become over-dependent on nostalgic cash-ins, franchise starters, and adaptations of popular stories and characters – all of which seem like sure fire box office gold. Just look at the top 10 films of 2016 so far, where only two original entries, Zootopia and The Mermaid, are among comic franchise entries like Captain America: Civil War and Deadpool, as well as sequels like Finding Dory and Kung Fu Panda 3. Keep in mind, this is only with half a year’s box office in mind, and the rest of the year is still full of sequels, retreads, and reboots for audiences to keep viewing. Yet, as Joss Whedon said above, this isn’t a completely bad thing. 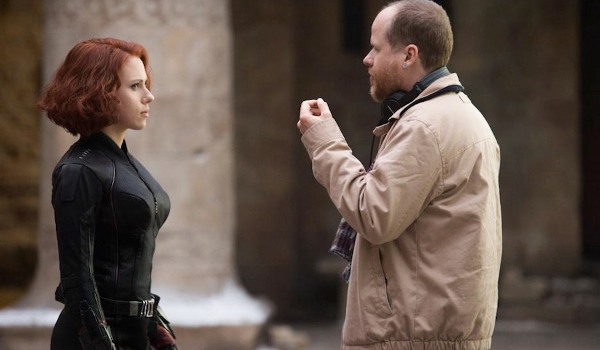 Audiences, like it or not, have specific tastes. So, obviously, some projects spawn directly from that information, much as Deadpool actually became a movie after leaked test footage stirred the crowd up the right way. Of course, for every film that the crowd directly asks for, there’s at least two that spawn because of such demand, as the studio system thinks that these additional projects will draw even more money to their cause. It’s this thinking that Joss Whedon seems to have taken issue with, as too much of the market is choked with projects the audience already knows, and not enough fresh prospects to show them what they didn’t know they wanted.

So while there are indeed a lot of “bankable” projects out in Hollywood, their sole existence isn’t the problem. Rather, it’s the over-reliance on such stories that causes issues, and that’s partially because audiences keep showing up for what the know, over what they don’t. It’s not an easy problem, and the solution is more than likely twice as hard. But when filmmakers like Joss Whedon, folks whose bread and butter has been such entertainments, start to speak out, that’s saying something. What it’s saying is that studios need to branch out into new territory, and audiences need to follow the path.

That said, if there’s a weekend you’re looking to go to the movies, and you’ve already seen Star Trek Beyond or Jason Bourne, why not give Nerve or another film you’ve probably never heard of, a chance? The worst that could happen is you’ve got a film to warn your friends against.