Talk about #SquadGoals! While Cara Delevingne and Margot Robbie attended the London premiere of Suicide Squad on Wednesday, August 3, in quite the glamorous dresses, the leading ladies rocked even fiercer threads for the after party. 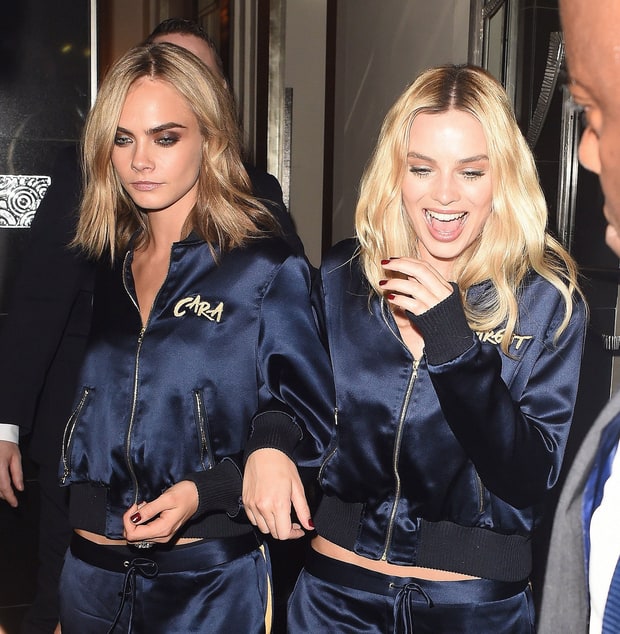 Getting their comfort on, Delevingne, 23, and Robbie, 26, quick-changed into matching sapphire-hued Chaos tracksuits. Their names were embroidered in gold on the front, while the word “SKWAD” was cheekily emblazoned on each of their backs. They even finished their separates with the same navy-blue high-top sneaks.

The British model turned actress and the Aussie powerhouse walked into the bash hand in hand. Delevingne also held on to her beloved pup, Leo, who joined the actresses inside. 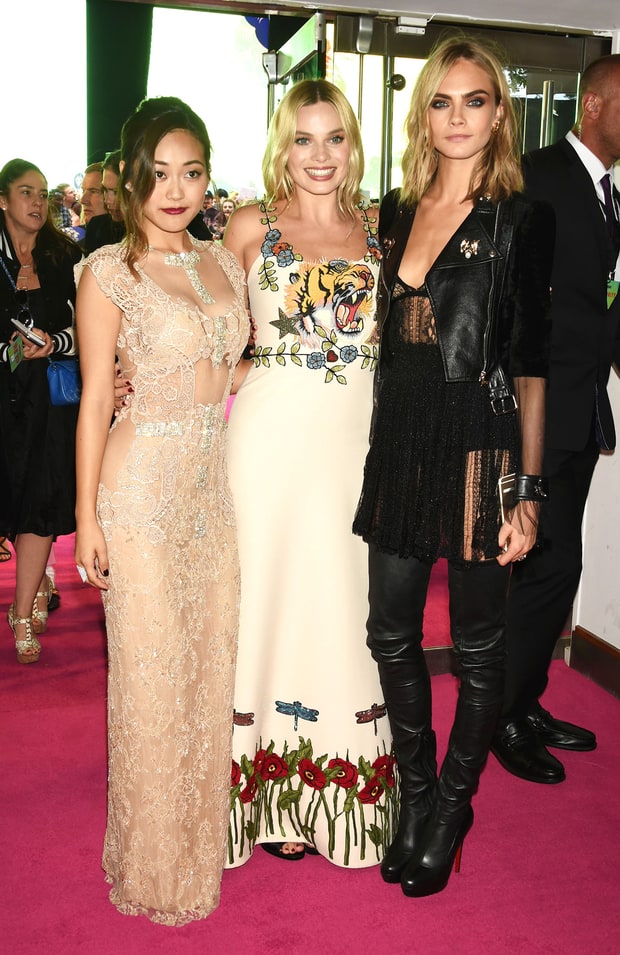 Robbie neatly summed up her wild character, Harley Quinn, at the NYC premiere. “She’s insane. She’s completely nuts,” she told Us. “That’s all you need to know!”

Even more fun than playing the wild character, though? Working with her A-list castmates, including Will Smith and Viola Davis. “Not even by the end of it, like, by very close to the beginning of it [we were like a large dysfunctional family] — and we still are,” Robbie said. “We’re like the weird bunch of brothers and sisters.”